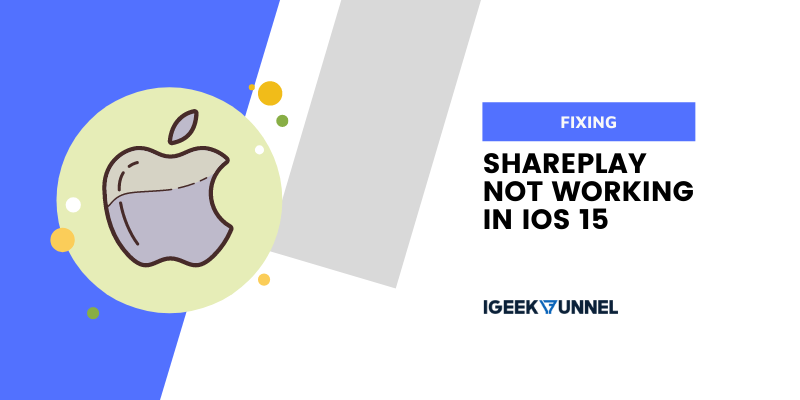 SharePlay not working in iOS 15? Here is the complete troubleshooting guide for you.

Stream movies and TV shows over FaceTime with friends and family with the new SharePlay feature in iOS 15.

Beyond binge-watching, it allows you to set up games, listen to music, and even work out together with friends. Sharing Play’s synced playback controls ensure that everyone on the video call has their desired control over pausing, skipping, and fast-forwarding.

This feature offers seamless play, but it comes with its own set of issues and is troubling those who are just starting out.

We can therefore discuss how to fix the SharePlay not working issue in iOS 15 by using the best tips and tricks.

Why Is SharePlay Not Working on iPhones and iPads?

You may not be able to use SharePlay in Facetime due to a number of factors.

The app may have a software bug, or the SharePlay feature may not be compatible with the participant’s device, or there may be some other malfunction.

To troubleshoot SharePlay, you will need to approach it from various perspectives.

What to do if SharePlay and the iPad don’t work together (2021)?

It’s best to check off the requirements first when dealing with a new feature.

Please verify that the solutions listed below satisfy all the necessary SharePlay requirements and app compatibility requirements. Select a relevant section below to begin.

You (and every other participant) should check OS compatibility if you are unable to start a SharePlay session. Mac OS 12.1 (currently in beta), iOS 15.1, and iPadOS 15.1 are required to initiate a virtual watch party.

Virtual watch parties can only be initiated if all participants are running supported operating systems.

Additionally, SharePlay is only available on Apple devices.

2. Ensure Your App is Compatible with SharePlay

FaceTime SharePlay isn’t supported by many apps since macOS 12 and iOS 15 are still relatively new. To ensure the app is compatible with SharePlay, make sure it’s the one you are trying to use.

The following apps are supported by SharePlay:

3. Use SharePlay only if you have the necessary subscription

To use some apps with screen sharing in FaceTime, you may need a subscription. Make sure to get the appropriate Apple device license or subscription if you want to co-watch.

You must also have a subscription to join the SharePlay session in order to take part in the call.

Even if this is the case, you might be able to use SharePlay in FaceTime on your iOS 15 device.

4. Ensure your device is enabled for SharePlay

SharePlay is enabled by default on iOS 15 and macOS 12.1. A dedicated toggle allows you to customize which apps you share using SharePlay.

So, make sure your Facetime video call is active before you begin.

On iPhone and iPad: Go to Settings -> FaceTime -> SharePlay and turn on the toggle for SharePlay. 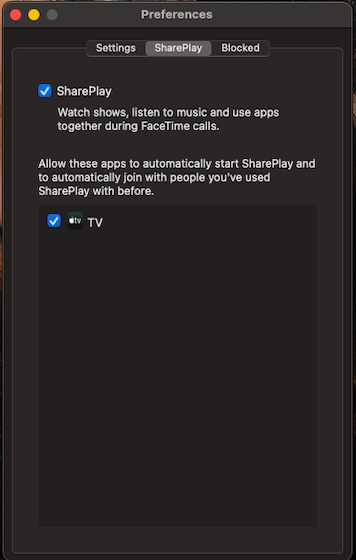 5. Reboot your device by force quitting the app

Then force quit the app and try sharing your screen again if SharePlay is still not working on your iOS 15 device. 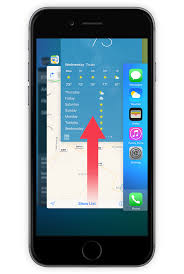 In this case, force-killing an app might do the trick since it has a knack for fixing various problems.

Swipe up from the bottom and hold along the middle of the screen on iPhones and iPads without a home button. When the app card appears, swipe up to force quit it.

Your device will now be restarted. If your iPhone or iPad lacks a home button, press and hold the volume up and power buttons.

Your device will be turned off after you drag the power off slider. You can then turn it back on by holding down the power button.

If you have an iPhone or iPad with a home button, you can shut down the device by pressing and holding the power button and dragging the power off slider.

Hold the power button down for a few seconds, and then wait for the device to restart.

Start playing any content on your device after it has restarted. Allow everyone to watch it when you see the SharePlay prompt. The invite to join the FaceTime party needs to be accepted by everyone on the call..

There’s also a possibility that you’re running an old version of an app that’s supported by SharePlay.

Your problem may be caused by an outdated version. In this case, you might want to update the app. To download the newest version of an app, go to the App Store, select your profile, find the app, and tap the “Update” button next to its name.

7. Delete the App and Reinstall It

There are many times when deleting and reinstalling an app can fix common problems.

If you are still experiencing the SharePlay not working problem even after updating the app on your iOS 15 device, don’t hesitate to try out this radical, yet effective, fix.

SharePlay issues with FaceTime on your iPhone may be caused by a software bug, especially if you haven’t been able to fix them yet.

Since Apple frequently updates iOS with a number of bug fixes and performance improvements, updating the software should resolve the problem.

The SharePlay feature on FaceTime was introduced with iOS 15.1. You should update your iPhone if you are still using iOS 15.1’s first stable update.

You can download and install the software update by opening the Settings app on your iPhone, selecting General -> Software Update, and then following the instructions.

Through SharePlay, you can watch movies, listen to music, or share your screen with friends.

As a result, it was missing from the iOS 15 public release and was reintroduced with iOS 15.1. Make sure you’re using iOS 15.1 or higher

Proceed to the next step if it is iOS 15.1 or higher. Otherwise, go back to the General menu and tap Software Update.

Download and install any updates that are available. If SharePlay isn’t working after installation, check it.

Regardless of whether your iPhone has been updated, it is advisable to check for software updates, as they may include bug fixes that address the SharePlay not working problem.

10. Check the stability and speed of your internet connection

It’s possible that your internet speed is causing SharePlay to malfunction. Additionally, a weak connection will result in delays, glitches, pauses, etc. Therefore, you should start by checking your internet speed; you can use websites like fast.com or speedtest.net.

Likewise, if your connection is unstable, you can play a high-quality YouTube video. But first, resolve the problem, perhaps by restarting your router.

If you want to reset your iPhone’s network settings, you can also put it in Airplane mode for a few seconds.

Is SharePlay not compatible with iOS 15?

Ans: The most likely cause behind your inability to use SharePlay is that you haven’t upgraded your iPhone to iOS 15.1. SharePlay was originally supposed to be included in iOS 15 but has been delayed. As a result, make sure that you have the latest version of iOS 15 or higher installed on your iPhone.

Ans: In SharePlay, you and your friends can watch movies or TV shows or listen to the same songs in sync while on a FaceTime call. The caller has full control over what’s playing, which means he or she can play, pause or move forward at their discretion.

How do I enable SharePlay?

We have now completed our troubleshooting guide. I hope you’ve been able to resolve the SharePlay issue on your iOS device.

Take care of the basics to troubleshoot this issue in most cases.

In other words, make sure you have the subscription to co-watch the content, as well as check the app compatibility. Anyway, which one of these tips did you find most effective in getting SharePlay back on track? Please share your thoughts with us.