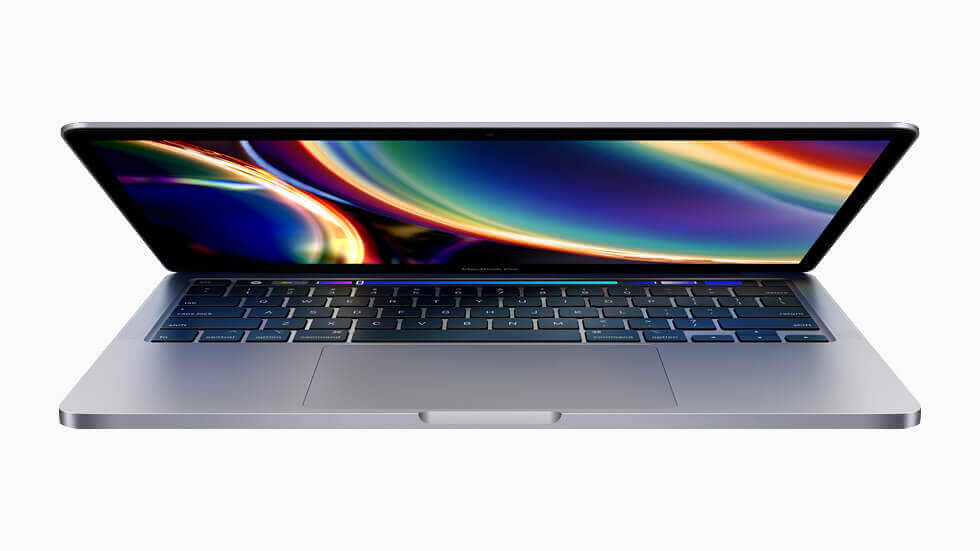 Apple finally released the MacBook Pro 2020 (13-inch). It’s one of the most awaited Apple products of 2020. Obviously, we can’t forget about its famous tag too- Apple’s smallest Macbook pro.

With an enhanced 10th generation with Ice Lake processor, a standard 16GB RAM (up to 32GB RAM), and storage options up to 4TB, things seem pretty ramped-up.

Certainly, Apple changed the butterfly keyboard in the new Macbook Pro 2020 with the Magic keyboard as you have seen in the Mackbook Pro (16-inch). Above all the new MacBook just got a slight bump in some hardware specs, not some major changes.

There are some rumors about the new Macbook Pro 2020 (13-inch). For example, it still got an 8th gen CPU. But what’s the truth, what features it consists of, what are the specifications, and how much it’ll cost?

iGeekfunnel created a comprehensive guide to answer all of your questions/queries about the MacbookPro 2020 (13-inch).

So, Let’s get started.

Apple announced the MacBook Pro 2020 (13-inch) on Monday, May 4, 2020. It’s also appeared that the first shipment will be scheduled for Thursday, May 7, 2020. However, some higher-end configuration may not be placed before a certain date of Mid May.

Alongside this update, tech analyst Jon Prosser stated- 14-inch Macbook Pro could fall in 2020. He’s the guy who made Front Page Tech.  And, he makes some pretty-accurate guesses about Apple products. On April 4, 2020, he actually shared the release date of 13-inch Macbook Pro, in his twitter post.

We can expect a new 14-inch Macbook Pro as Apple has already launched Macbook 13-inch in May 2020. Moreover, Digital trends stated a release of 14.1-inch Macbook this fall through some resources alongside a refreshed 16-inch Macbook Pro.

Probably, you’ve heard the rumors about the processor that new Macbook Pro still using an 8th generation processor. Well, we can’t say this statement is totally right or vice versa. Before going in detail, let’s get a brief of specifications that we’ll get in the new Macbook Pro 2020 (13-inch).

As you can see in the table, Apple launched 4 models of Macbook Pro 2020 (13-inch). 2 basic models come with an 8th generation quad-core whiskey lake browser with a speed of 1.4-GHz.  On the flip side, the other 2 models come with a 10th generation quad-core with an enhanced speed of 2 GHz. Apple didn’t reveal many details about the processors they’re using in the new Macbook. However, Nowadays every new Macbook comes with Intel Iris Graphics, so we can assume it would be running on the Ice Lake processor.

Some of the resources point out users won’t see a huge speed or performance difference, no matter they’re using 8 generations or 10 generations. However, Apple says that the 10th-gen quad-core chip comes with turbo boost speeds of up to 4.1GHz. Apple also added that customers will see up to 2.8x faster performance with the MacBook Pro which has a dual-core processor.

On the other hand, the eighth-generation processors in the 2020 models use the same Iris Plus Graphics 645 as those in the 2019 edition.

The basic two MacBook Pro 2020 (13-inch) models with 8th-generation Intel chips consist of an 8GB 2133MHz LPDDR3 RAM that can also be upgradable to 16GB by paying an extra $100. Moreover, the same amount of memory Apple provided in Macbook Pro 13-inch of 2019 but with an LPDDR4 version of it.

Therefore, if you go with Macbook Pro higher-end version you’ll see much better performance, due to its memory upgrade, especially if you compare it with the low-end version or with the Macbook Pro of 2019.

In high-end models, the first model comes with a minimum memory of 512GB SSD and the second model will get minimum storage of 1TB SSD. Both models come with an expandable memory of up to 4TB with an additional cost.

It’s sad news for Apple users who’re waiting for Macbook Pro 2020 (13-inch). Even more for the users who wanted a light & sleek Macbook to carry around freely and to fit it into their traveling needs.

The new Macbook Pro 2020 (13-inch) comes with the same 2 colors (Silver and Grey) as the previous version.

As we can already see, except few tweaks, Macbook Pro doesn’t consist of some major changes. Some of the features are just repeated as the previous version.

Also, Apple made some updates with the Stereo speakers of the new Macbook Pro. These stereo speakers now have a new “wide stereo sound” feature and a “Dolby Atmos playback support“. Apple also configured the three microphones by adding the new “directional beamforming” feature. The rest of the visual and audio features are almost the same as the previous Macbook Pro.

The previous butterfly keyboard was defamed by its problematic behavior. Finally, Apple changed it in Macbook Pro 2020 (13-inch) alongside the MacBook Pro (16-inch, 2019) and MacBook Air 2020. Moreover, this upgrade is considered as a major update by Apple, Also, senior director of Mac and iPad Product Marketing – Tom Boger quoted:-

“With these updates, our entire notebook lineup features the Magic Keyboard.”

It seems like, Apple admitted and also improved some major issues of the previous butterfly keyboard so the user will get a comfortable, and reliable typing experience. Meanwhile, the new Magic Keyboard actually getting significant praise from its users. One of the Macworld’s reviewers use the New Magic Keyboard in 16in MacBook and praise by writing:-

“It’s softer on the fingers, and if you had sore fingers after a long typing session on the butterfly keyboard (like me), you won’t have that experience on the Magic Keyboard.”

Come to the battery life of the new Macbook Pro. You’ll see almost no difference with its previous model. Apple still provides 58 or 58.2–watt-hour battery which is the same as we’re using in Macbook Pro 2019 (13-inch) version. Apple promises to give a battery life of up to 10 hours to wireless web usage and system playback as they claimed in Macbook Pro (13-inch) 2019. Hence a tech site named “Engadget” claimed they got a battery life of 11 hours and 33 minutes in their standard video rundown test.

There’re 4 models of Macbook Pro 2020 (13-inch) – 2 Basic low-end models and 2 high-end expensive models. One basic model of Macbook Pro 2020 (13-inch) starts with a minimum price tag of $1299 and the other one has a minimum starting price of $1499. However, you can upgrade both model’s CPU, RAM, and SSD with an additional cost. After maximum upgrading, both basic models will cost you the same which is $2499.

On the other hand, if we talk about high-end pc, they’ll jam more bucks from your budget. Likewise, the high-end models come with a starting price of $1799 and $1999 Simultaneously. And, after upgrading at its maximum, both models will cost you the same which is $3599.

Rather, Apple is giving a $100 discount to current and newly accepted college students, their parents, as well as faculty, staff, and homeschool teachers of all grade levels. If you’re one of them, you can purchase Macbook Pro at a discounted price by visiting Apple’s Education Store.

Also, all the 4 models come with a USB-C Charge Cable (2 m) and a 61W USB-C Power Adapter in their boxes.

Due to the COVID-19 pandemic, Apple Store Pickup is currently unavailable. However, they’re providing no-contact 1-2 weeks free delivery of all models. However, you’ve to wait only 5-7 business days, if you’ll order the model with a price tag of $1499.

Therefore you can order online by visiting the official Buy Page of Apple’s Macbook Pro 2020 (13-inch).

Macbook Pro 2020 (13-inch) was one of the awaiting Apple’s products of 2020. Although some of the features are the same as its previous Macbook Pro (13-inch) 2019. As a result, we can say- except a few major changes like new Magic Keyboard Apple just made some tweaks in the new Macbook Pro. Above all, if you’ll buy the high-end models, you can expect more to get but the price is a considerable factor too.

Finally, here’s a comprehensive post on Macbook Pro 2020 (13-inch). Tell us in the comments what feature you like most and what you wanted to see in Macbook Pro of 2020.