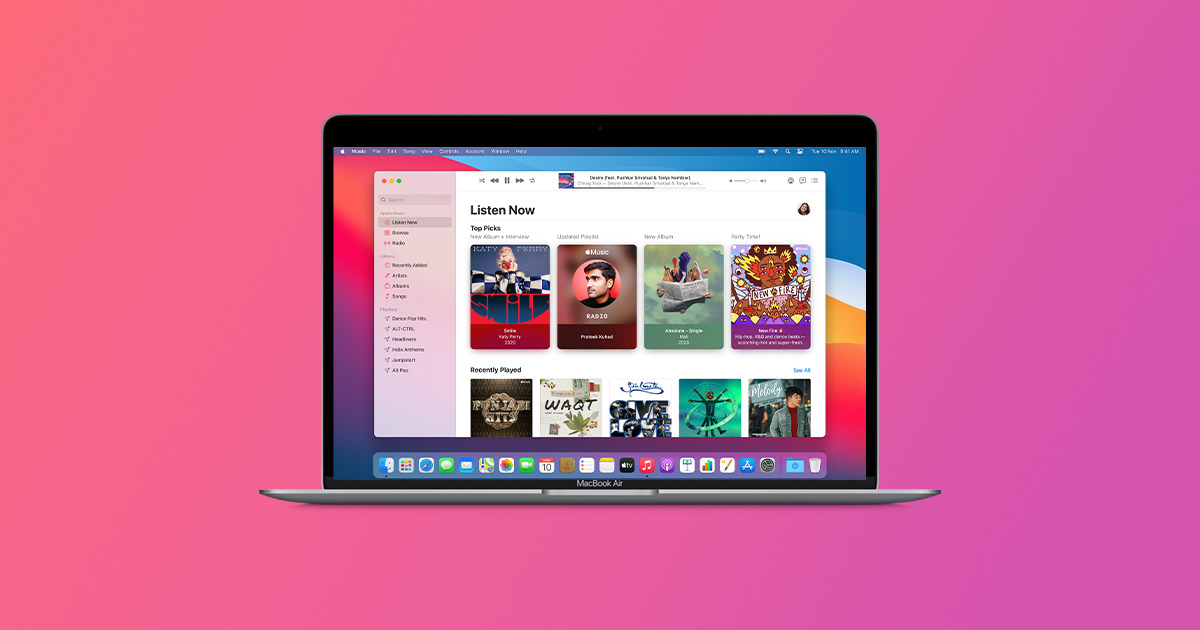 After almost two decades of tagging the iTunes along with the iPhones with little to no success, Apple has finally removed the app from its store. With the introduction of the macOS Catalina update, the tenure of iTunes has come to an end.

In its place, we have been introduced to Apple Music, Podcasts, and Apple TV.  These three apps are now responsible for shouldering all the responsibilities that iTunes carried out by itself. And imagine maintaining and checking all these apps for a simple task enabled by a single app. Certainly, this has increased the hassle.

As for the matters of iPhone management functionality, it is being handled by Finder. So what this gives us is that iTunes is officially off the market and no longer available for iPhone users.

We understand the issues that you might have been facing with this latest development. So we have compiled the list of the 5 Best iTunes alternatives for Mac and Windows in 2021. Look through our article for other information about iTunes and its best alternatives.

What were the key features of iTunes?

Even after the cancellation of iTunes, it is undeniable that the app was super convenient and practically carried the entire music requirements of iPhones. Several features set it apart from traditional music streaming apps, which include:

iTunes had a consistent interface and design across all its devices, be it iPad or iPhone. It has a white background and less UI chrome. Unlike other apps, the actual content was given more preference. The thumbnail of the song cover was in a grid form that you could easily recognize.

The album arts themselves could have been expanded by pulling them down. This revealed the song listings.

The ‘up next’ feature 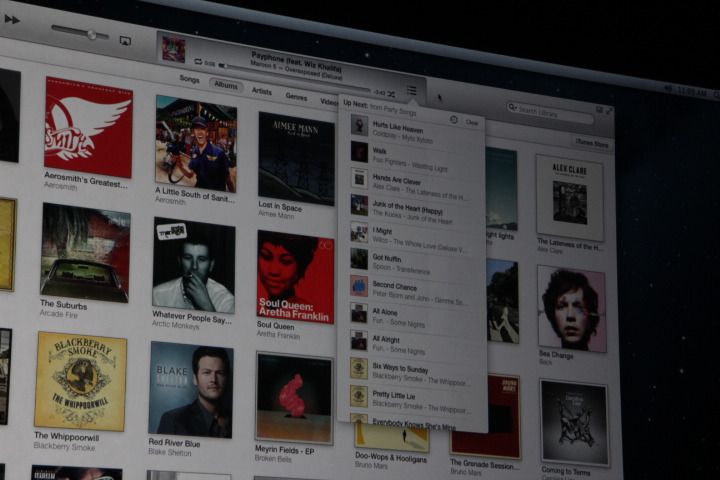 This was a feature that used to be exclusive just to iTunes. This implied that when you specifically streamed a song, a playlist was created that automatically started playing similar songs or from the same artist. This was super convenient as you didn’t have to rely on a playlist, and you could similarly discover new artists and songs.

This feature made browsing and streaming very easy. The mini player allowed you to search for new songs right there inside the small window and even navigate your queue.

It was a sort of pop-up the appeared on the screen that gave back the name of the artists, songs, and album art of the searched content. That reduced the efforts of opening the app several times.

In the initial years after its release in 2001, iTunes practically revolutionized how we used to listen to music. It was deemed ‘the modern jukebox’ that would lead to something later named the Music Revolution.

The paid structure ensured that the artists received money for the music while the users too got access reasonably cheaply.

With all these revolutionary ways of perceiving music, iTunes rules the industry with virtually no competitors.

But then something happened that led to people turning away from this giant and freely expressing their dislike over it. So what was it that led to its downfall?

The explanation is pretty simple: Apple tried to do too much in too little. Compared to the rival companies that were launching individual apps for everything, Apple used this single app to cram everything.

And while it sounds good in theory, the actual application caused the users to be confused and annoyed.

By 2012 iTunes hosted songs, movies, TV shows, and podcasts. It became very hard to navigate, and people failed to comprehend how to organize their content. With so much do and understand, people started leaving the platform and started using individual apps.

Apple eventually realized its mistake and launched Apple Music back in 2015. And after five more years, in 2021, the entire app of iTunes is going out of existence.

The music app is supported by Windows 7 and up and almost all iOS devices. It is a perfect iTunes alternative if you own a large music library. Media Monkey allows you to manage and organize the songs according to your requirements.

It can also share music between several devices so you need not worry about sticking to just a single app for listening.

Media Monkey has many functionalities built inside it- to listen to songs, organize them, rip songs off from CDs, burn the discs, add or replace album art and convert the format of audio files.

And the best part of this iTunes alternative?

It can deal with up to 100,000 audio or video files with ease. So if you used iTunes to save up all your files then this might be the best alternative for you.

You can either rely on the free standard version or invest in the very affordable premium versions. You can buy the Version 5 Gold premium at $24.95USD or Lifetime Gold at just $49.95USD.

If you are perhaps looking for an application that will allow you to transfer files over the internet and into any of your Apple devices like iPhone, iPad, or MacBook. This is undoubtedly the best alternative to the file transfer function of iTunes and perhaps even better.

It is far easier to transfer your data from iPhone to MacBook or the other way round. This is the kind of ease that you didn’t even get to experience with iTunes.

And the one thing that makes it even more, better than it already is? The ability to automatically change the file type and make it compatible with the concerned device.

It has a simple interface that doesn’t take a genius to understand. Everything that you might require would be right in front of you.

And you are getting all of this at a very affordable price of just $29.95 USD. If you find the app incompatible, there is a 30 day guaranteed money-back policy.

VLC is one of the most loved and adored free video and audio streaming applications. It has been here for a long time and continues to prove its mettle with its excellent interface and ease of use.

And if you are looking for an alternative to the video streaming option of iTunes, you can go for a VLC media player.

The application is compatible with practically every format that exists to stream video and audio. And that includes formats that didn’t work with iTunes or QuickTime.

So this is an all-for-one service that works with Windows computers, Mac, Android, and iOS devices.

And every single function that this streaming service offers is absolutely free. You are not required to spend even a single penny to avail of its services.

Simply go to the official website of VLC, download the setup, and configure it to your device. Then you are good to go!

WinX has officially been recognized as the perfect alternative to iTunes. The application supports all the iTunes hosted functionalities- photo backup, song management and organization, video transfer, and more.

It also offers data encryption which alludes to other streaming applications. Your data would transfer between devices with utmost security and speed.

Using this application does not require the installation of iTunes. It works independently. WinX exclusively works with Windows and its sister application MacX Media Trans which carries out all the similar functions in macOS.

After iTunes shut down, EaseUS MobiMover emerged as a popular alternative for iPhone and Mac users. It is an iPhone data manager that can back up files from Apple devices and sync them to the cloud.

Data can be shared between a computer system to an iOS device and can be downloaded for free.

Almost all data formats are supported by this application- movies, songs, videos, and contacts. EaseUS immediately recognizes the type and transfers it as per the requirements. The application is entirely free to use, without any hidden charges.

Can I still use iTunes in Windows?

Even after ending its iTunes services in macOS, Apple has decided to continue its services in Windows. It is the same cramped-up software, and nothing has changed. So Windows users are still stuck with the same old software that does too much.

We can only hope that Apple would go through the same route with Windows and break iTunes into several different apps, but we are not sure when this will occur.

As you must have understood by gleaning over the article- there are several iTunes alternatives. Each application performs a specific functionality of iTunes.

Most of these apps even have better interfaces and features. The smooth functioning and benefits won’t ever let you feel the loss of iTunes!