Apple was a luxurious smartphone brand back in the days but now turning into an affordable brand. 2019 was a great year for smartphone manufacturers where Xiaomi launched some high price to performance ration smartphones; Realme also attracted thousands of users in their shed.

We met with some foldable phone designs. Samsung started selling one. OnePlus came up with their OnePlus 7 and 7 pro.

Asus came with their 120Hz screen that is as fluid as honey. When so many things were happening in the smartphone industry, Apple also launched its new iPhones with the name “iPhone 11” and “iPhone 11” Pro.

Customers were initially disappointed with Apple’s new iPhone because they are very similar to their predecessor devices iPhone X. I was also one of them, but when after using the device for few days, my opinion changed. Later after the launch of Pixel 4, I started loving my new iPhone 11.

Though it has a big fat notch and a chin at the bottom after a week, I was habitual to it. The new iPhone 11 feels a bit sturdy in hands. On paper, Apple’s new iPhone seems a bit pricy and less efficient, but in hands, it says a different story.

In this article, I am going to share my personal experience/ review of the new iPhone 11 after using it for a few weeks. This review will be divided based on the device components. Such as:

I have been using iPhone devices for a very long period, and whenever I upgraded to a new device, I felt like the camera is much better than what was I was using before. This thing happened with me every single time I used a new iPhone device.

Similarly, when I tried the new iPhone 11’s camera, I was impressed. In 2019, where smartphone companies have launched devices with 48 MP sensors, I was shocked with the performance of iPhone 11’s 12MP dual camera setup.

I won’t be taking technical, because specifications are already there on dozens of websites. According to my point of view, the iPhone 11’s camera is the best among all high budget devices. I’m in love with its ultra-wide feature, it feels so natural and talking about its low light photography then, I would like you should give it a try. I am sure; you won’t be thinking of some other device.

iPhone 11’s camera is the department where apple improved the most. I have tried iPhone 11 and iPhone x together and found that iPhone 11 is way better in low light mode and no doubt ultrawide-angle photography is just insane on iPhone 11.

iPhone 11 generates real colors while capturing images and thanks to the second camera sensor, along with this, it creates a significant bokeh effect in portrait mode photography.

If you are a creator, then it might not replace your native camera gear but, it will put in confusion when you are visiting some places casually. iPhone 11’s camera is highly efficient in almost all scenarios.

It is as smooth as it can be on a smartphone. Let’s not talk technically and consider the refresh rate factor; iPhone 11 will give you a very-very seamless experience. If you are using an android device (mid-range) and will try iPhone 11 then, you will feel a big difference between your device’s screen and the iPhone 11’s screen.

iPhone 11 has a 6.1 inches liquid retina LCD screen with a certain tone feature. Again, on paper, it seems less efficient than OLED displays, but in reality, it doesn’t create much difference between both the screen as I tried both iPhone 11 and iPhone 11 pro. Pixel Density of iPhone 11 is a factor that has backed up its display in terms of fluidity and performance.

I have faced problems with the screen while using it under the sun, and I felt that brightness is a bit less than other smartphones in this price brackets. If you are a user who has a travelling job, then iPhone 11 is not appropriate for you. Instead, you can go with iPhone 11 pro.

Though the difference is quite minor, while watching any HDR movie, you can quickly notice that iPhone 11’s screen isn’t performing that great. Else for everyday usage, you can’t even notice the difference.

For readers, iPhone 11 gives a pleasant experience, thanks to the True-Tone Display feature. iPhone 11’s screen adjusts its setting according to the light source and environment in which it is being used.

In terms of physical appearance, the New iPhone 11 has nothing significant difference. It looks similar to its recent ancestors, i.e. iPhone X. The only difference between, iPhone 11 and iPhone x series are that the new iPhone 11 comes with dual camera setup and Apple Logo is shifted to the centre of the back panel.

In iPhone 11, you will get the most robust screen glass, which is very durable. I have dropped my device several times, and it handled them without any damage. On the back, you will again have a glass that is durable enough to handle daily usage wear and tear. To be on the safer side, I would recommend you, buy a protecting case.

The position of the logo on the rear panel is weird for me and to date, I’m not addicted to it. You might have a different point of view for the logo position. Apart from this, it has everything similar to the iPhone series.

I enjoyed watching movies and YouTube videos over my iPhone 11 and trust me it was a great experience. The sound output of the iPhone 11 is vibrant and bright.

While calling, iPhone 11 performed pretty well and its noise cancellation feature while calling is excellent. If you are in a windy environment, your opposite side won’t be hearing wind flow. Thus, you will have a crystal-clear voice quality.

Apple claimed that this new iPhone’s battery would last an hour extra than iPhone XR’s battery. Customers were pleased from XR’s backup, and now after using iPhone 11, I can confidently say that it won’t be asking for some extra juice in the middle of your day. iPhone 11 gives me a battery backup of the whole day from morning to evening; here I am sharing this based on average usage.

iPhone 11’s A13 Bionic chip is more efficient and less battery consuming than the older A12 bionic chipset.

The only thing that I hate about iPhone 11 is it’s charging brick that is offered with the device itself. It’s a traditional 5W charger which is very slow in this era! Where supervoid chargers can charge a 4000 mAh battery in just 28 minutes. I had expected a fast charger, but unfortunately, Apple disappointed me here with this new iPhone 11.

Apple is known for overpriced devices, but the iPhone 11 isn’t following the tradition. It has the better chipset, a better battery backup, better speakers, better camera; it comes with everything better comparison with its ancestors.

I haven’t felt any lag in iPhone 11, I have played PUBG and other high-end games, but my experience was smooth and hustle free.

For the first time, I felt like iPhone 11 is the perfect priced Apple device.  For $699, Apple’s new iPhone is something worth to invest. You have already read about the features of this device. It’s excellent in terms of the camera; the screen is as fluid as a liquid, speakers have dual stereo feature. Though in terms of appearance is looks a bit clumsy, for me, this pricy is very attractive, especially after the launch of Pixel 4.

iPhone 11 is $50 cheaper than iPhone XR and $300 less expensive than the iPhone 11 pro.  In iPhone 11 3D touch is missing but disappoints me a but somewhere it is okay not to have it. iPhone 11’s sound output is insane; I loved Apple’s dual stereo speaker setup.

A few things that disappointed me are the big thick bezels, no fast charger in the box, low-resolution screen, and water resistance is less in comparison with other devices available in the same price bracket.

If you are looking for an upgrade to your current device and have a budget of $699, then you don’t need to think twice before buying the new Apple iPhone 2019, i.e. iPhone 11. But if in case you are happy with an Android device then there are several options available in the same price bracket. 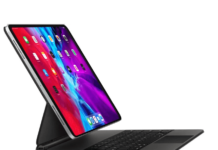 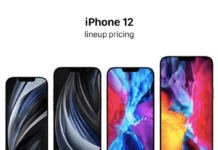 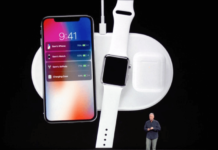