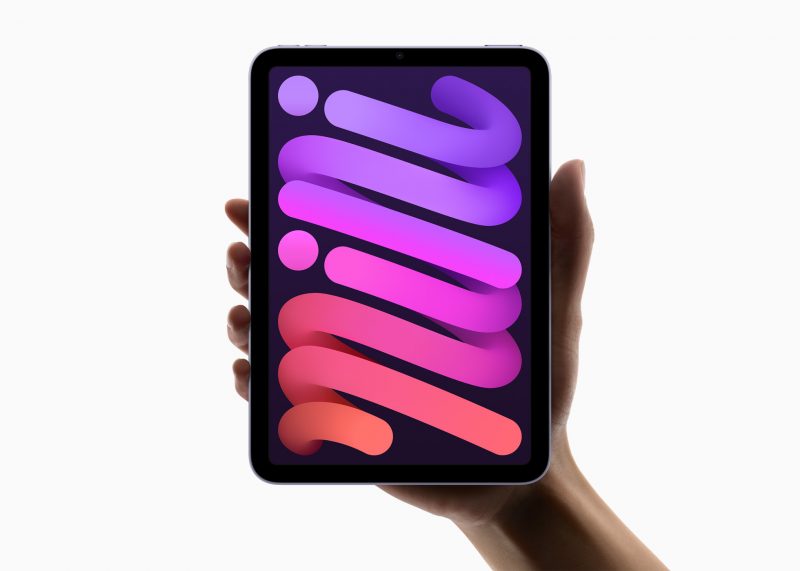 The world got what it was waiting for when Apple announced the new iPad Mini on the 14th of September 2021. The new iPad Mini boasts a variety of new features, including but not limited to improved CPU and GPU performances provided by its A15 bionic chip, better camera quality, USB C compatibility for faster connections, and increased efficiency.

Additionally the iPad Mini is now compatible with the Apple Pencil and also comes with models that allow cellular connectivity. Its compact size, new features and advanced technology make the iPad Mini a fierce contender for a go-to work device even before its release.

The list of features that the iPad Mini provides is endless. Built like an iPad Air, the iPad Mini comes with an 8.3-inch Liquid Retina display. Apart from the inbuilt USB C port that caught everyone’s eye, the device also boasts a 40% upgrade in its CPU from its previous models and an 80% upgrade to its GPU.

Additionally, the iPad Mini comes with 5G connectivity, an A15 Bionic chipset and a Touch ID in its lock button. Apart from CPU and GPU upgrades, one can also witness an upgrade in both the front and back camera.

Both the front and the back camera have 13 MegaPixel resolution. Additionally, the front camera has a 122-degree field of vision, due to the ultra-wide shooter it possesses; while the back camera comes with a 7/1.8 aperture allowing ample light while taking photographs. Moreover, videos taken through the rear camera are recorded in 4K quality.

You have the choice of choosing between four different body colours, namely Space Gray, Purple, Pink, and Starlight. Starlight is the new cream or peach colour option that replaces the previous standard Silver that the Apple devices used to come with.

In terms of size and weight, the new iPad Mini comes in two different weights with minute differences based on the model you purchase.

The model with cellular availability weighs 297 grams while the one with Wifi only compatibility is 4 grams lighter at 293 grams. Both models however have a length of 195.4 mm, breadth of 134.8 mm, and height of 6.3 mm.

Another change that the iPad Mini has seen which users have been talking about is the shifting of the Touch ID (fingerprint sensor) to the top of the device instead of the front home button, that the previous iPad Mini had. The Touch ID, now seen in almost all devices in the market, keeps you worry-free and keeps your device and the contents within it secure.

The absence of the home button also offers an increase in the screen display. This along with the thin borders it possesses allows the new iPad Mini to have a larger screen than the previous iPad Minis, in spite of its size being the tiniest among them all.

To pair with the comparatively large screen, the iPad comes with a resolution of 2266 x 1488 and a brightness level of 500 nits. The Liquid Retina display it possesses is paired with a True Tone display.

In addition, to the wide array of display features it possesses, the P3 wide colour gamut allows you to view a wider range of colours than is usually available. The screen also comes with an anti-reflective screen coating allowing you dynamic display even when used outdoors.

The mini iPad mini has the A15 Bionic chipset that was also seen in the iPhone 13 series. Apple boasts about the increase in performance the new iPad Mini possesses with a 40% faster CPU and 80% faster GPU when compared to the previously released iPad Minis. 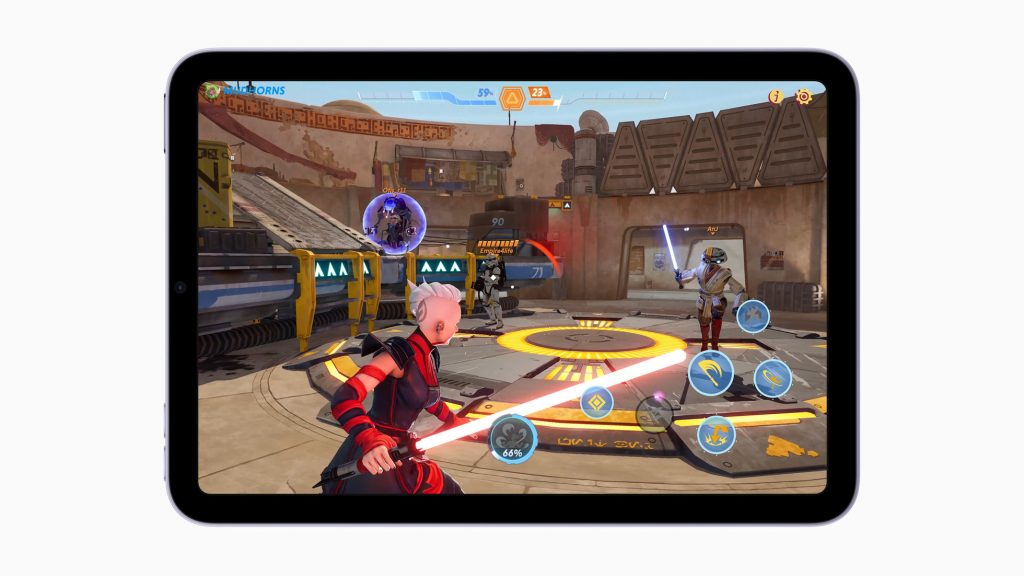 The A15 Bionic Chips allows for an impressive boost in performance, allowing the iPad Mini to work smoothly without lag or crashing even when using heavy software. This means games with high graphics and other applications with higher specs can be run without fear of impairing the functioning of your device.

The iPad Mini is powered by a 16-core Neural Engine and possesses brand new machine learning (ML) accelerators ensuring a boost in performance and efficiency two times faster than the previous release.

This along with the increased performance in its GPU and CPU allows the iPad Mini to perform difficult tasks such as image recognition and language learning with ease.

An example of this advanced machine learning that the iPad Mini possesses can be seen in the Live Text feature it possesses. Live Text allows you to recognize and translate texts that are captured in photographs.

The Apple launch stated that the new iPad mini will last 10 hours of constant use of watching videos or surfing the web, using Wifi in particular.

The charging port of the device is through the previously mentioned USB C port present on the device. Apple also claims a 20W charging, which means that the device should charge fast.

The front and back cameras of the new iPad Mini come with 12 Megapixels. Additionally, due to its f/1.8 aperture and HDR features along with being able to shoot videos in 4K quality in 60 frames per second, you can be guaranteed that the videos taken through this device’s rear camera will be in high resolution, able to capture the slightest details in both light and shadows.

The front camera has seen upgrades of its own. It now comes with the 122-degree field of vision, provided by the ultra-wide shooter it possesses. Keeping in mind the rise in video calls that the pandemic has led to, the front camera has an additional feature called Center Stage.

The Center Stage is a camera tracking feature that ensures you are in the frame when attending a video call. 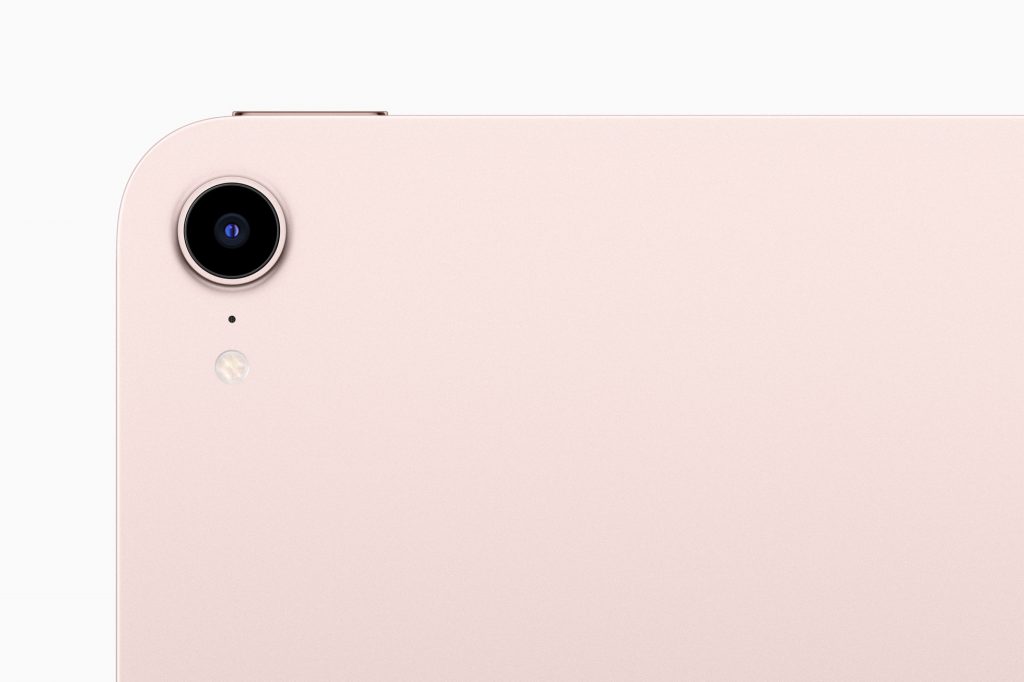 In terms of connectivity, the new iPad Mini 6 has two models one that can only connect through a Wifi network and the other that is compatible with cellular networks. The Wifi 6 that is present provides faster connectivity and increased efficiency.

The iPads with cellular compatibility can be connected to both 4G and 5G networks, which means users can play games, stream content, and work, even when Wifi networks are not around. Apple states the users can surf the web at an astounding speed of 3.5 GB per second provided the conditions are ideal.

The most significant change the new iPad Mini 6i has in contrast to the previous iiPad Mini 6 is the presence of the USB C port instead of the Lightning port it possessed earlier. Users can be pleased as this brings Apple closer to other brands and devices on the market, which all have shifted to the USB C ports.

The Apple Pencil 2 is compatible with this device and can be charged through wireless charging by simply attaching the stylus to the side of the tablet. The Apple Pencil support allows users to express thru creativity to drawing and using their own handwriting to jot down notes. Instead of being limited to typing.

Moreover, users do not have to worry about the quality of the experience, the precision along with advanced low-latency makes writing through the Apple Pencil as effortless as regular paper and pencil.

Apart from the four aesthetic body colors that the iPad Mini comes in, users also have the option to choose a cover for their device as well. Smart Folio, is featherlight, sleek, and comes in five color options.

Users can also use the Smart Folio to turn their iPad Minis on and off. To wake the device open the cover and to sleep close it. The colors available are electric orange, lavender, dark cherry, white and black.

Run by the iPad version of the iOS 15, specifically the iPadOS 15 the new iPad Mini boasts a vast number of new features making the device more efficient, multifaceted, and user-friendly. While listing all of the available features would be an entire article in itself, listed below are a few of the many features available.

How Does the iPad Mini 6 Contribute to the Environment?

Apple is taking steps to ensure the welfare of the planet. The iPad MIni is made of recycled items, reducing its waste footprint in the world.

The body is made of recycled aluminum. The logic board out and recycled tin and the magnets and the speakers are made for recycled earth elements.

This use of recycled material in its products falls in line with their vision of having zero climate impact by 2030.

In simple terms what this means is that every Apple device created and sold, right from its manufacturing, through all the processes including charging and use by customers till recycling will be 100 percent carbon neutral.

You can find the iPad Mini 6 on September 24 everywhere around the globe, while the iPad iOS 15 is available from the 20th of September.

However, since the launch on the 14th of September, the iPad Mini is available for preorder. To preorder the device, all you need to do is go to the Apple website.

With the starting price at 499 dollars, the new iPad Mini goes up to 799 dollars depending on the storage size and the Wifi and cellular options available. A detailed list of the prices is as follows.

For the iPad Mini 6 with a storage space of 64 GB with only Wifi connectivity, the price listed is $499, for the iPad mini with the same storage but that you can connect through both Wifi and cellular networks comes at a price of $649.

At the price of $649, you can also get the iPad Mini 6 with a storage space of 256GB but only a Wifi connection. Its counterpart with both Wifi and cellular connectivity has a price of $ 799.

The Apple Pencil is not available with the device and has to be bought separately. The price of the stylus is listed at 129 US dollars. The Smart Folio on the other hand is priced at 59 dollars, irrespective of the color option.

Please note that the article only listed the US prices, and the pound and Australian dollar equivalent can be found on the official Apple website itself.