If you have ever owned the latest version of iPhones then you might have unconsciously or consciously interacted and used the NFC technology specifically the NFC tag reader. If you aren’t aware of what is an NFC tag reader, what the word entails, and what it actually does then you have come to the right place.

We have penned down everything there is to know about the NFC tag reader and how you could utilize it in your daily life.

What are NFC Tag Reader and Its Use in iOS 14?

Near Field Communication often abbreviated as NFC is a technology that allows your iOS to exchange data or information with other similar devices. This action involves the reading of information via the electronic devices present in the required devices.

The services offered by the NFC tag reader are shopping, activating locks, opening doors, and the ability to further interact visually with the devices that support this technology. And it does all of these without a hitch or hassle.

Now, the NFC tag reader is supported in almost all the new iPhones that have ever been launched by Apple but the latest iOS version, iOS 14 has made using tag reader even easier and convenient. iOS 14 has brought forth several big changes that set this particular version apart from the previous ones. But it is perhaps the NFC tag reader that makes iOS 14 special.

App clips, i.e. the dedicated apps for a particular task, can basically do everything under the roof. It includes reading Bar codes, NFC tags, etc. And the NFC tag reader in iOS 14 is set to replace this app clip.

The difference arises due to the iPhone model. Not all iPhones support reading tags and while some do but do not need a tag reader.

The newest iOS version, iOS 14, does not need to have this option in their control center because of the existence of Passive NFC Reader.

What this Passive NFC reader entails is that the NFC reader would be automatically able to read the tag in the background without having to do anything special other than just placing the device near it.

The iPhones that support this particular form are:

All the models that came just a few years before this, ie. The iPhone X and older, do not have this technology of Passive NFC reader. What they do have instead is an NFC tag reader present in the Control Center via the Settings. But to do so the iPhones need to have iOS 14 update present in them.

The iPhones which have an NFC tag reader in the Control Center are:

All the other models that came before the aforementioned models, i.e. iPhone 6 and iPhone 6s do have NFC chips present inside them but they can only be used for making payments via NFC.

They are not able to scan the NFC tags. This implies that these models are devoid of an NFC tag reader and are also unable to use this technology to discover App Clips. The only way for them to carry out NFC is through a QR scan.

For using the NFC tag reader on iOS 14 first you need to ensure that the tag reader is present inside your Control Center under settings. If you do not see the option available then follow the given steps to add an NFC tag reader to the iPhone control center:

Step 1: First open the Settings app on your iOS device.

Step 2: Scroll down a bit until you see the Control center option. 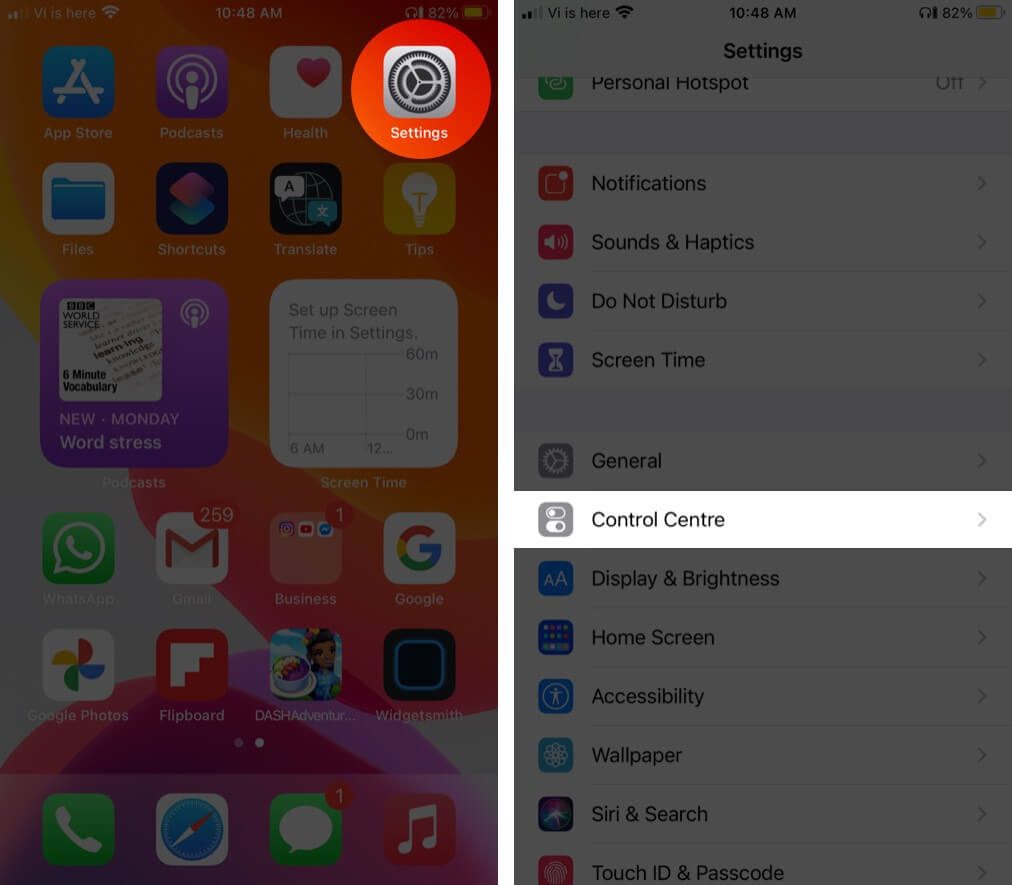 Step 3: After clicking on the control center you would be redirected to a page with several options with either plus or minus present beside them. Scroll down the menu until you spot the NFC tag reader. Tap on the plus option built-in green beside it.

And you are done! The NFC tag reader would now be added to your control center.

Remember: The addition of NFC tag reader can only be carried out in iPhone 7 till iPhone X. In older models, you won’t have this functionality and the newer versions do not require this process.

This is because the newer versions have a Passive NFC reader tag with background reading which automatically starts to function when placed near an NFC tag enabled device.

Now that we have added the NFC tag reader in the control center and now we need to understand how we can use this technology on iOS 14.

For doing so again open the control center of your phone present in the settings. For getting access to it just click on the NFC tag reader option. Now just bring the device near the other device that hosts the tag. It will automatically start to scan the content.

As we discussed before, the functionalities of App clips can be accessed via an NFC tag reader. Using this would allow you to carry out all its functions without having to download all other applications. Another benefit would be Apple pay which can now be used without giving out your card details.

Without having to go through the extra hassle of downloading various apps, sparing storage for them, and then switching between them to make use. Hence employing the use of an NFC tag reader on iOS 14 is a no-brainer!