Want to Unlock your iPhone using Face ID with Mask On? Here are the best solutions.

Several indoor locations require the wearing of masks due to the Coronavirus.

There is a problem though: wearing a mask makes it difficult to unlock iPhones.

Among the problems of wearing a mask – in addition to the discomfort caused by the loops – is that it makes Face ID hard to use for unlocking an iPhone.

In April 2020, the iOS update (iOS 13.5) made it possible to disable Face ID and unlock your iPhone using your passcode instead, which helped alleviate some of the frustration.

After iOS 14.5 was released in April 2021, users were able to unlock their iPhones via an Apple Watch. This helped those who had one. Face ID has not been easy to use with a mask, however… not anymore.

Currently in beta, iOS 15.4 features a new Face ID & Passcode setting. The new switch for Face ID with Mask will appear as soon as iOS 15.4 is installed on your iPhone. Here’s how that works. Our solution, however, is only compatible with the iPhone 12 or later, so we have other options for those with or without an Apple Watch.

iOS 15.4 is required for this new option. iOS 15.4 is currently in beta, so if you aren’t a beta tester you’ll have to wait until its release to the general public in  March or April.

Alternatively, if you feel daring you could sign up for the beta program. 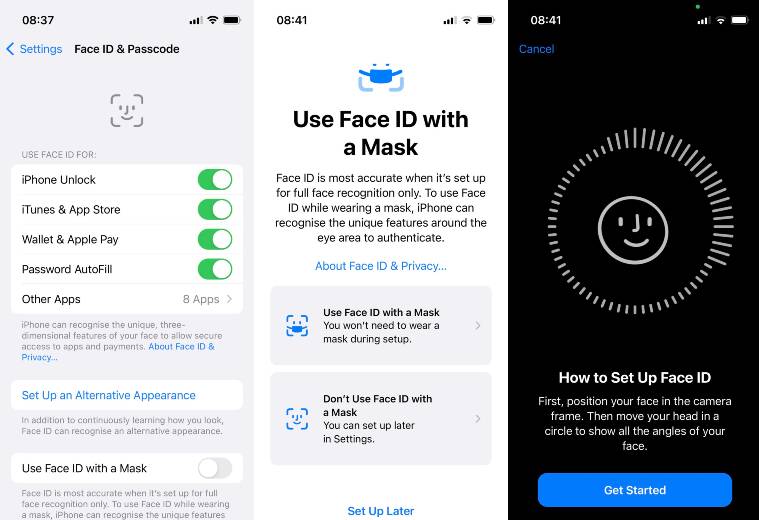 Face ID will use the unique features around the eye area rather than performing a full facial recognition once activated.

In addition, users can add glasses (which is handy for those who wear spectacles! ).

The Apple website suggests disabling the settings to improve the accuracy of Face ID. According to reports, Face ID unlocking in the mask only works on iPhones 12 and newer. We will test the new function as soon as the beta is available.

There is a workaround for Apple Watch owners who don’t have iOS 15.4 and want to be able to unlock their iPhones wearing mask without entering their passcode each time. 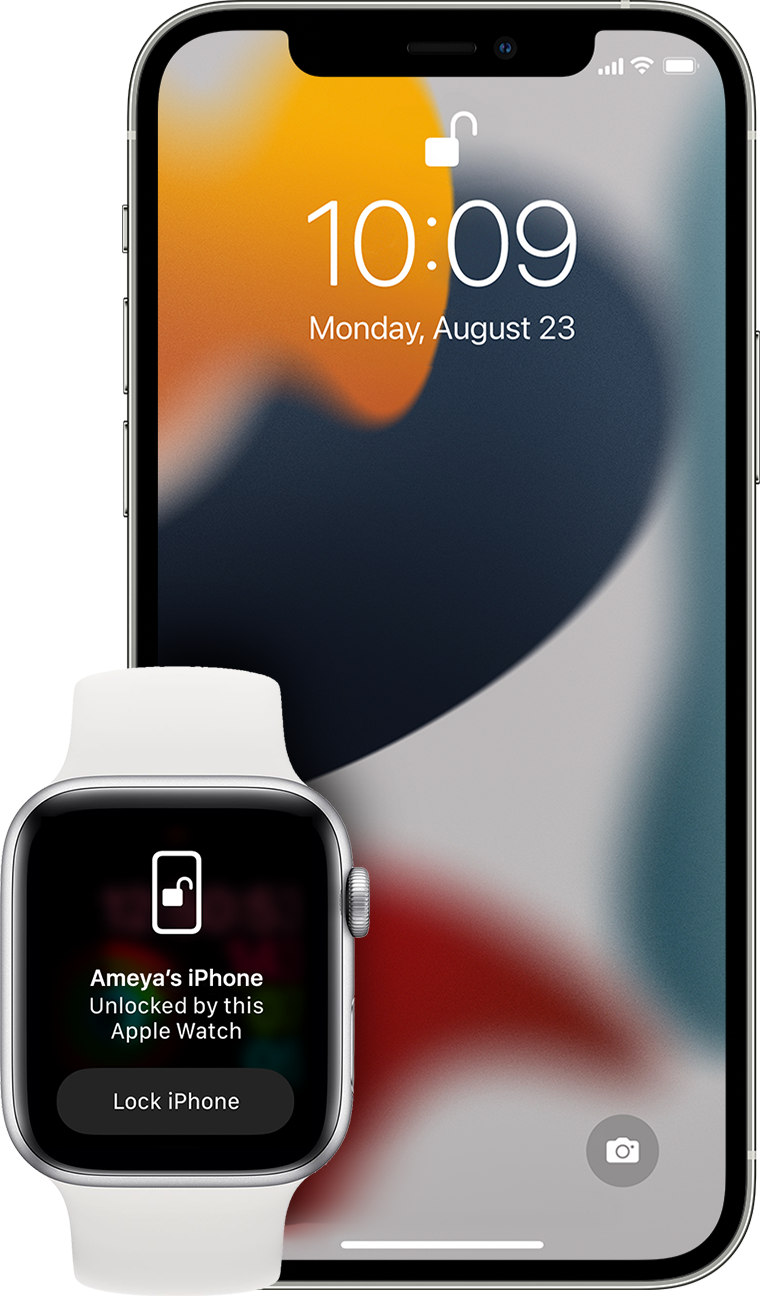 The Apple Watch Unlock feature introduced in iOS 14.5, allows you to unlock your smartphone while wearing a mask. You will need a watchOS 7b or later Apple Watch to participate.

What you will need?

You must configure your iPhone so that it can be unlocked with the Apple Watch.

When your Watch is out of date, a “Software Update Required” message will appear. 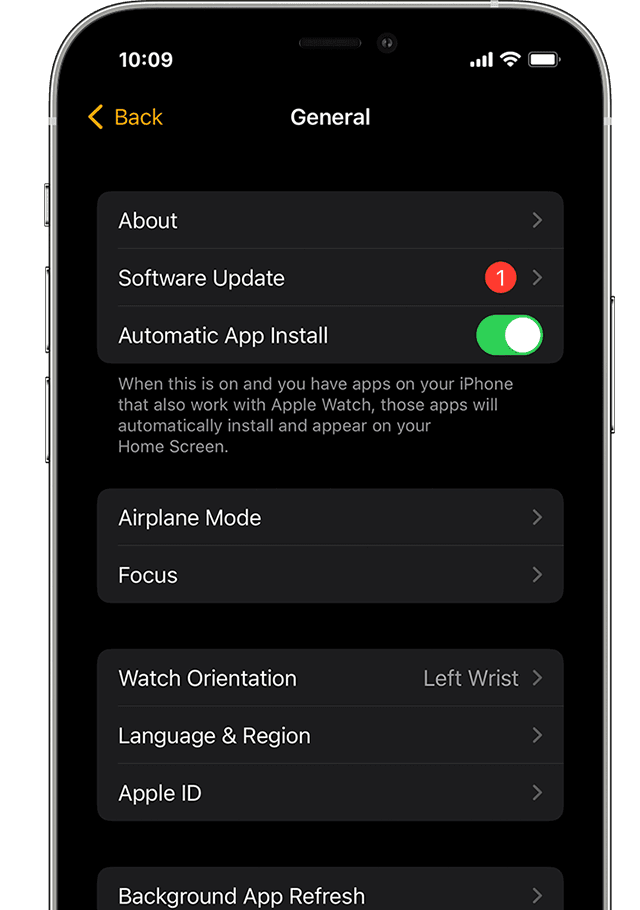 When you try to unlock your iPhone using your Face ID while your Watch is on your wrist and unlocked, your iPhone will automatically unlock if it detects a mask on your face.

On your Watch, you will be notified that your iPhone has been unlocked, and you will be able to lock it again.

As long as you own a Watch, this is a great feature.

There are, however, some downsides. There are limitations to what you can do with an unlocked iPhone – including not being able to pay with Apple Pay at retail stores if you were hoping this would mean you wouldn’t have to enter your passcode.

The process unlocks your iPhone, but it is limited in its capabilities in that state.

Paying with Apple Pay on a Watch is, of course, the sensible thing to do.

You won’t be able to access apps such as your banking app after you have unlocked your iPhone this way. Face ID unmasked or your passcode is the only alternatives in that scenario.

From a security standpoint, these disadvantages are advantages. Then no one can access your finances unless they are you.

Other security features are also implemented by Apple for this service. You still need to have your iPhone close to your Watch for the Face ID to work. Additionally, you can unlock your iPhone again simply by tapping your Watch and seeing that message.

How to turn off Face ID?

To unlock your iPhone, you can simply disable Face ID.

Henceforth, every time you want to unlock your iPhone, use Apple Pay, etc., you’ll have to enter a passcode.

The following tips will show you how to set up the iPhone’s facial recognition so that it can recognize you even if your face is partially covered by a mask.

Please note that it took several tries for us to successfully set up reliable face recognition, but it is possible.

Alternatively, you can reset your Face ID and start again, but this time hold the mask on one side of your face as you scan.

Hold the mask in the opposite direction of your face while creating the Alternative Appearance option.

We discovered Face ID worked when we wore a mask when we used the second method – which involved creating Face ID from scratch, covering one side, and then covering the other side to do an Alternative Option.

We found that the first method – just creating a mask to specify an alternate appearance – was less accurate than the second. Our findings indicate the device is most reliable if the tip of the nose is visible – if the nose is completely covered, the device is less reliable.

How to unlock your iPhone from your Apple Watch?

Wearers of Apple Watches can now use their Apple Watch to automatically unlock their iPhones when using Face ID while wearing a face mask with iOS 14.5 and watchOS 7.4.

Wearers must be close to their iPhones and have their Apple Watch unlocked.

Security and convenience are always tradeoffs, but it’s good to see that Apple has quickly adapted iOS to handle the global rise in mask usage while balancing the security risks.

The effect of wearing a mask is already unpleasant enough without having to deal with a smartphone that refuses to unlock. We hope the tips above will ease your concerns.