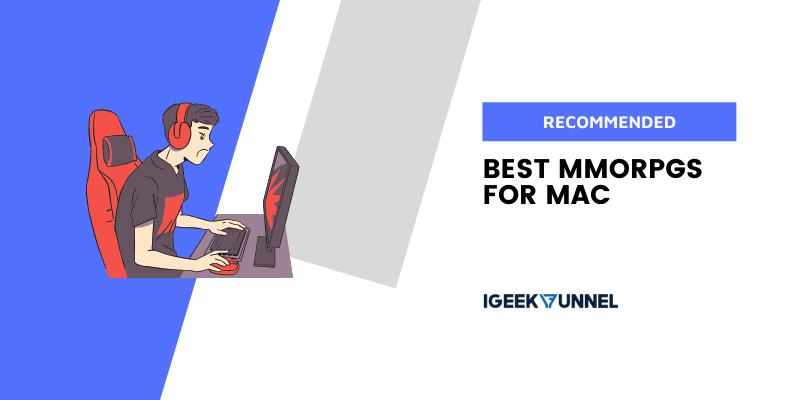 If you are deep in the world of gaming, you must have already played or at least heard of MMORPGs (Massively Multiplayer Online Role-Playing Games). They are a type of MMO game (Massively Multiplayer Online). This doesn’t mean that other genres of games don’t include role-playing elements, but as is evident by its name, the number of people that can play MMORPGs simultaneously is enormous.

These games are distinguishable by their fantasy worlds and other-worldly locales. Gamers get to play the character of high elves, dragons, orcs, and other fantasy lifeforms. In addition, the sheer number of character customizations available makes these games an enjoyable experience.

Mac users can also escape to fantastical virtual worlds with these games and get a sense of a global gaming experience. With lots of time on your hands staying indoors, you must check out these 10 best MMORPGs for Mac you can play.

10 Best MMORPGs For Mac You Can Play 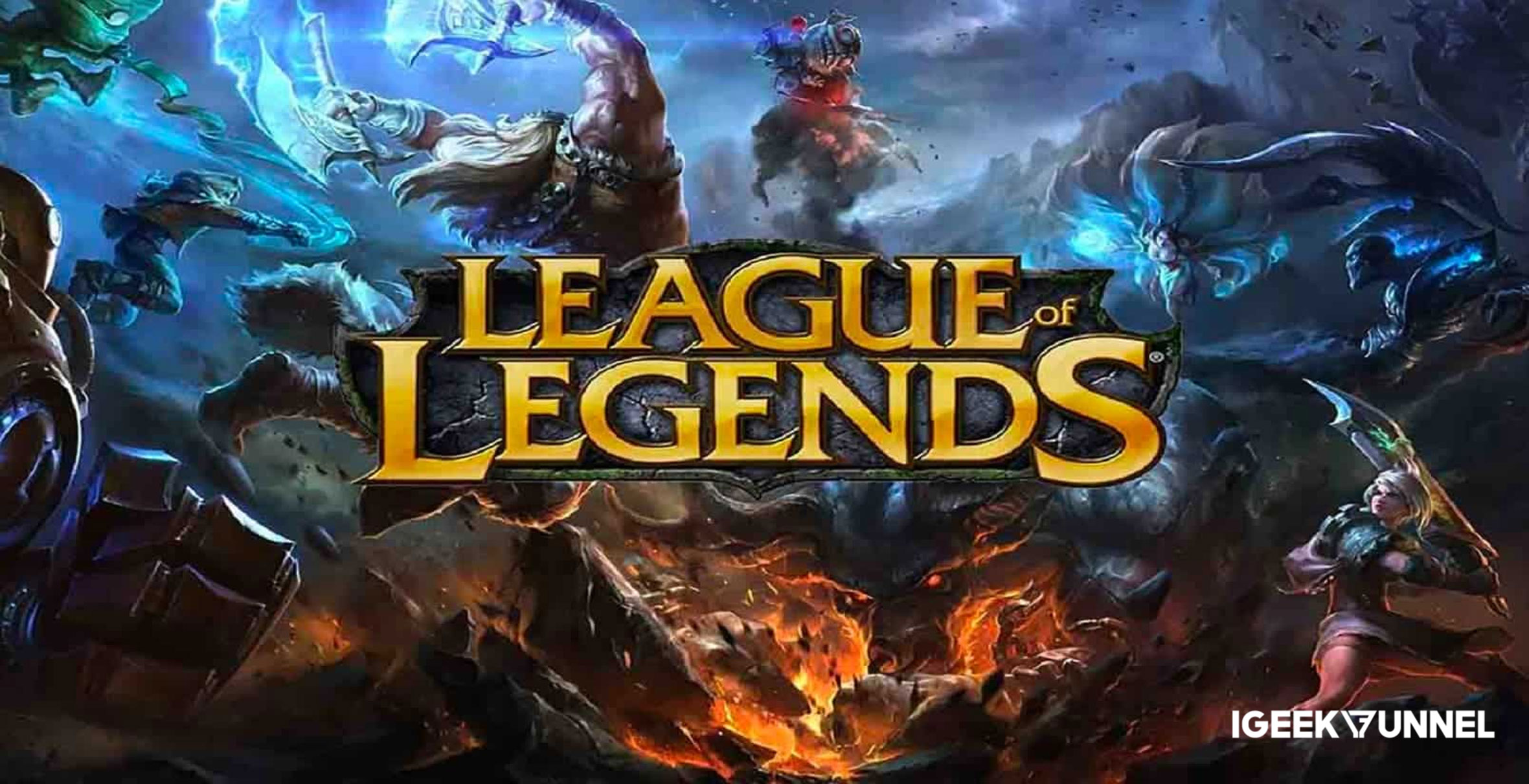 With over 120 million gamers still hooked to this 2009 game, LoL, as League Of Legends is fondly known, isn’t going down in popularity anytime soon. It is free to play and has clearly defined maps which make the learning curve relatively smooth. The game works on team-based strategies where they have to defeat the opponents by destroying their base. You can choose up to 140 champions, each of them having distinct capabilities to put to use. There are endless customization capabilities.

The interface isn’t complicated if you go through the guides and tutorials a few times to learn the controls. Thus, you can enjoy the game if you are a veteran as well as a novice MOBA (Multiplayer Online Battle Arena) player. As is the case with any other team sports, League Of Legends has the following roles: Top Laner, Mid Laner, Bot Laner, Jungler, and Support.

It has very realistic graphics and keeps you engaged for hours on end. Another exciting aspect is the element of surprise with each new game. No game is precisely the same. It has completed more than a decade since its inception by Riot Games. In essence, you get all the good stuff for free with this game, with in-app purchases if you wish to upgrade your gaming tools. 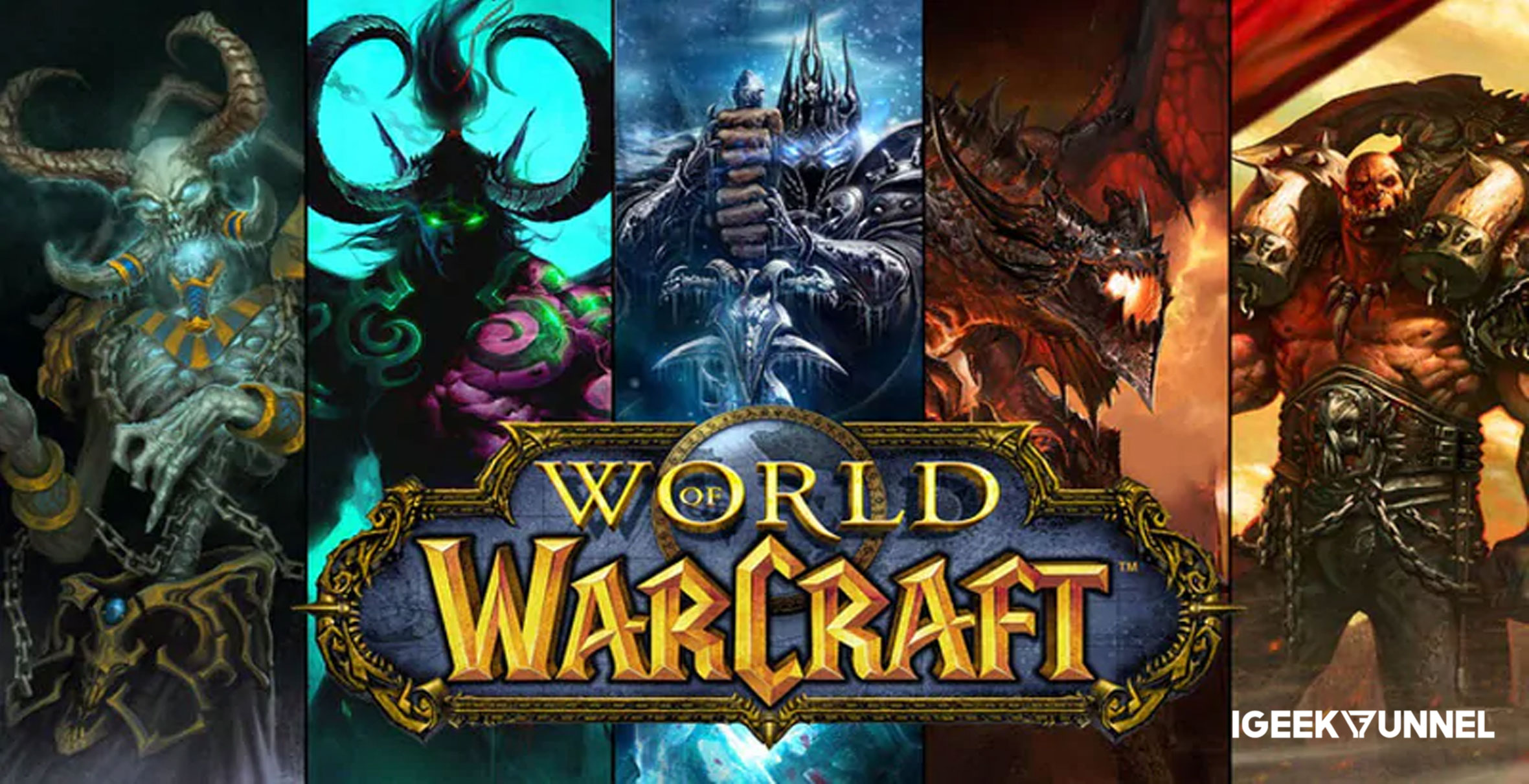 World of Warcraft, or WoW as dedicated fans call it, needs no introduction. It isn’t just an immensely popular MMORPG but one of the most famous games in history. This massively multiplayer online role-playing game is even older than League of Legends. It first came around in 2004 and was launched by Blizzard Entertainment. The Warcraft universe consists of five core games; Orcs & Humans, Warcraft II: Tides of Darkness, Warcraft III: Reign of Chaos, World of Warcraft, and Hearthstone. But it was the fourth title that conquered the MMORPG world.

Despite being more than 16 years old (which is a long time for the face of gaming technology to change), World of Warcraft still looks very charming and has highly responsive gameplay. This is no mean feat when there are modern competitors like Final Fantasy XIV and The Elder Cross Online. The latest offering from the makers is Shadowlands, which has a whole new set of features, zones, and quests.

Being one of the highest-grossing video game franchises in the world, WoW should definitely be on your list of must-try MMORPG games to play on a Mac in 2022. The game will engulf you in the gripping world of Azeroth with the opportunity to build your character through experience points. The game is available for free up to level 20 and then at a monthly cost of $14.99. 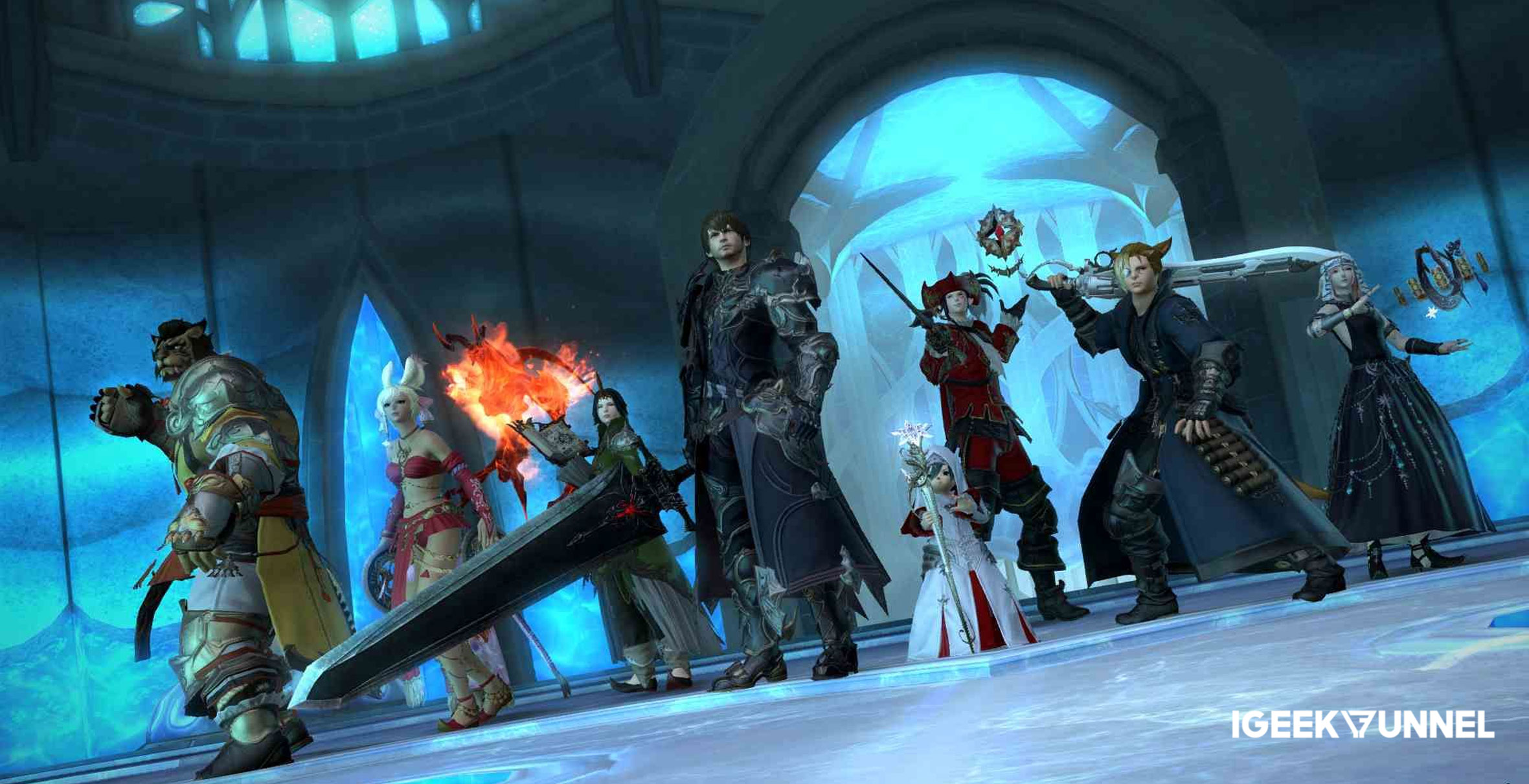 Final Fantasy XIV has had its fair share of downs as an MMORPG for Mac. It had a rough start, and the initial version for Mac had so many shortcomings that the developer, Square Enix, had to issue a formal apology. It also suspended further sales and offered a full refund to the players. But that is all in the past as the game has continually improved upon its past versions and features on all lists of top MMORPGs for Mac you can play in 2022.

The game is set in a very compelling land called Eorzea, under constant threat from the Garlean Empire and other enemies. Your task is to avert any risks to Eorzea by working in teams. One cool thing about FF14 is that you can even navigate many of the quests solo. The game takes the prize for offering an all-out free trial. You can play up to level 60 with access to their latest expansion, Heavensward too. 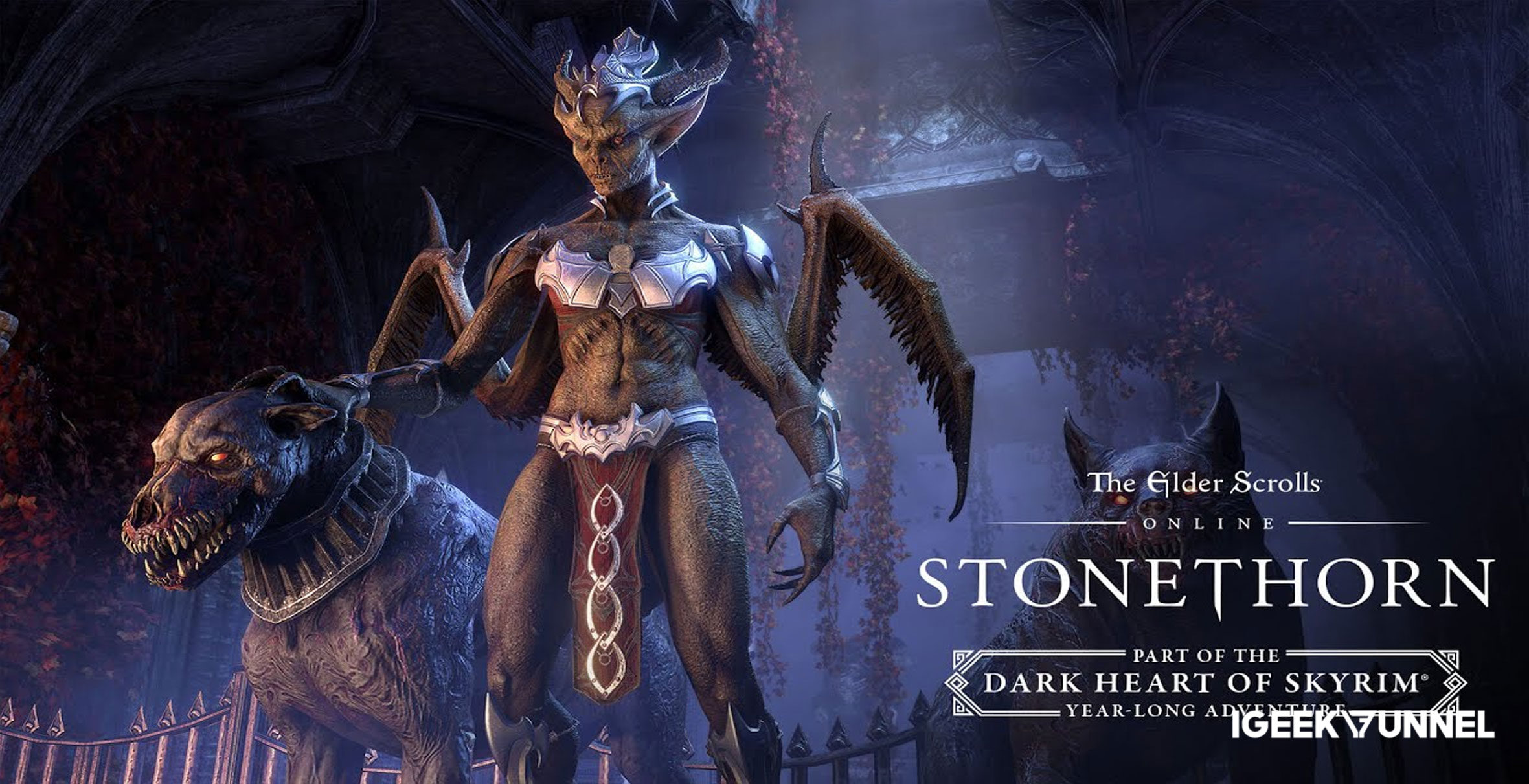 Elder Scrolls Online is one of the longest-running massively multiplayer online role-playing games and remains a favorite even after its debut with Arena twenty-seven years ago! If you already aren’t an Elder Scrolls fan, it is never too late to be one. You get to do plenty of exploration in the continent of Tamriel with side quests, battles, crafting, and much more to keep you engaged.

The very popular Skyrim and Oblivion are expansions of Elder Scrolls. With the latest Blackwood addition, the game has a vast open world that you can explore and play in. After ZeniMax Online Studios changed the pricing model to suit a more extensive player base, the game continued to compete with other MMORPGs like Final Fantasy XIV. No monthly subscription is required to play the game anymore. However, you can get access to all DLCs, faster XP, etc., at a monthly charge of $14.99. You can buy the base game at a reasonable price of $19.99.

5. The Lord Of The Rings Online 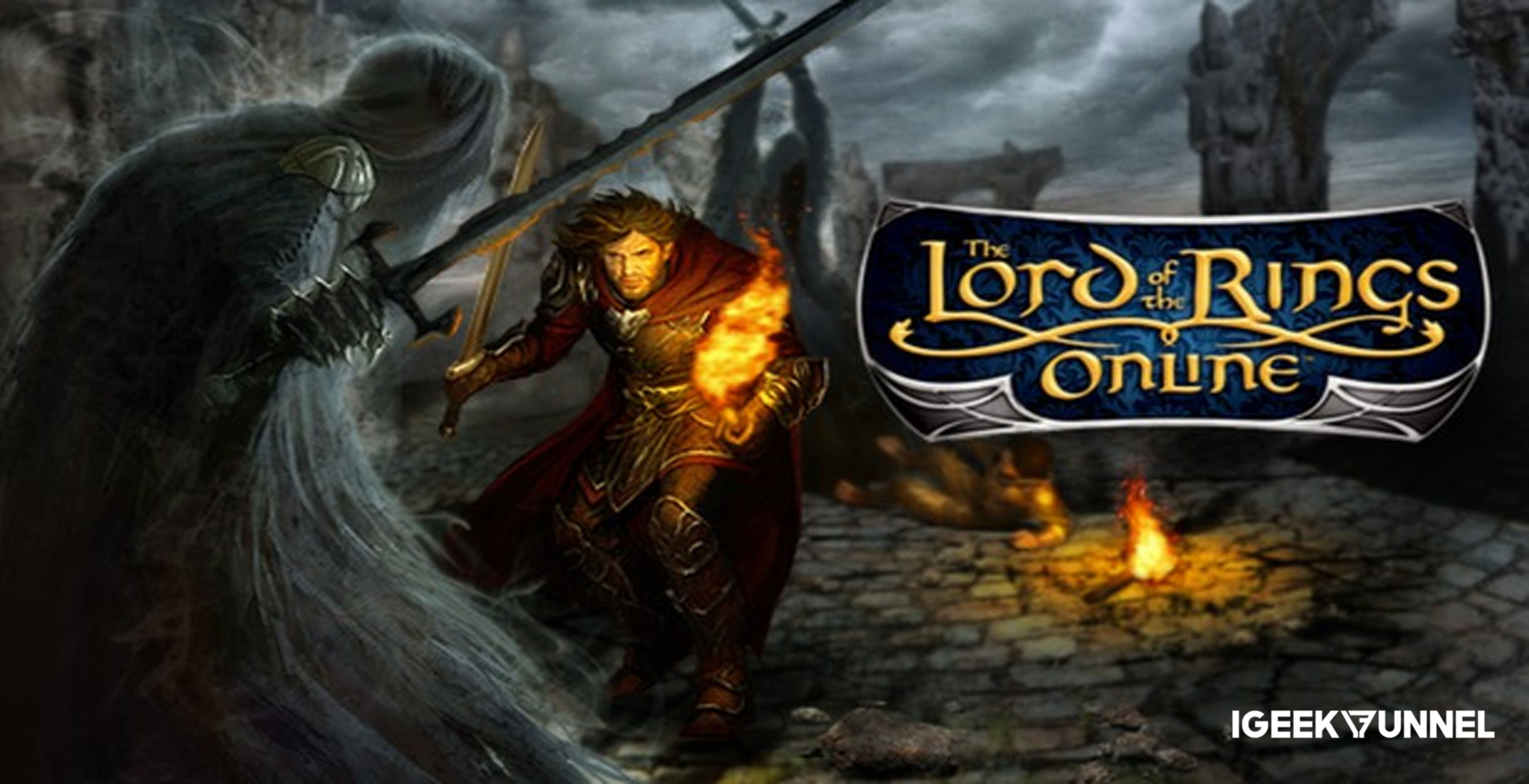 If you are a hardcore fan of the Lord Of The Rings franchise, it is most likely that you will end up falling in love with this MMORPG for Mac. This game excels all the more because it offers most of its features for free. It has garnered a vast player base over time, and you won’t be disappointed with the world of Middle Earth. Turbine did an excellent job with LotRO’s online.

With realistic graphics, you can play with your favorite characters and storylines from what you’ve read in the books or seen in the movies. You can explore Shire, meet Gandalf, and do all the things that expand the Lord Of The Rings universe.

The attention to detail makes the experience as enriching as it could be. You can find all the things that Tolkien’s novels had in them, even cooking and farming. It is available for free with a $14.99 VIP subscription. 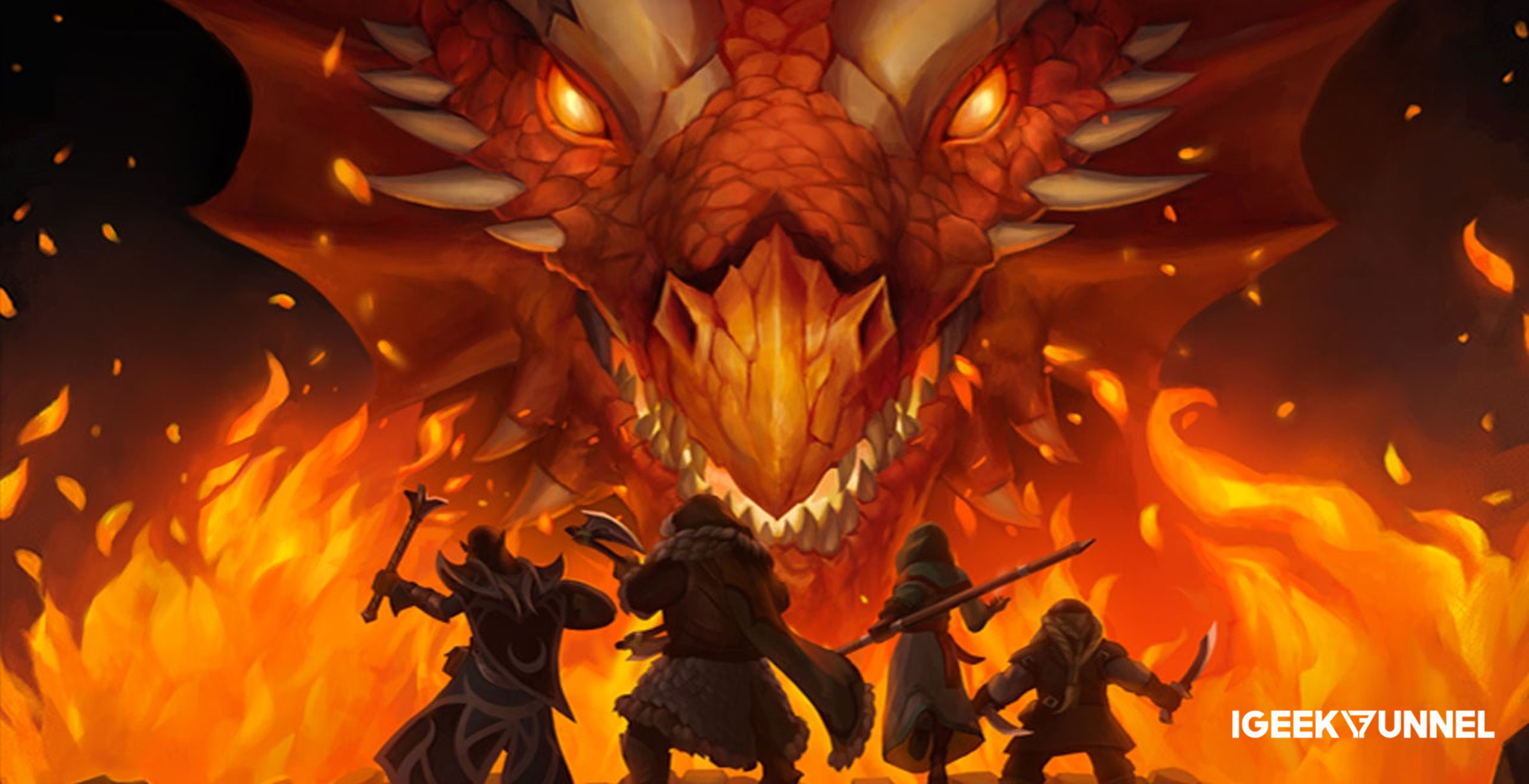 This MMORPG classic became more popular because of a narrator, the Dungeon Master. This narrator navigates you through the paths and options available in the game, which adds an interesting dynamic to the gameplay. You may find similarities between the Lord Of The Rings Online graphics, but apart from this, everything about Dungeons And Dragons is a fresh experience.

The game is available absolutely free of cost for Mac, giving it an upper hand over other games with monthly subscriptions. There are paid extensions and DLC packs. The game also became a part of popular culture when it featured in Netflix’s Stranger Things. Character customizations are plenty which gives you an opportunity to advance your individual capabilities. 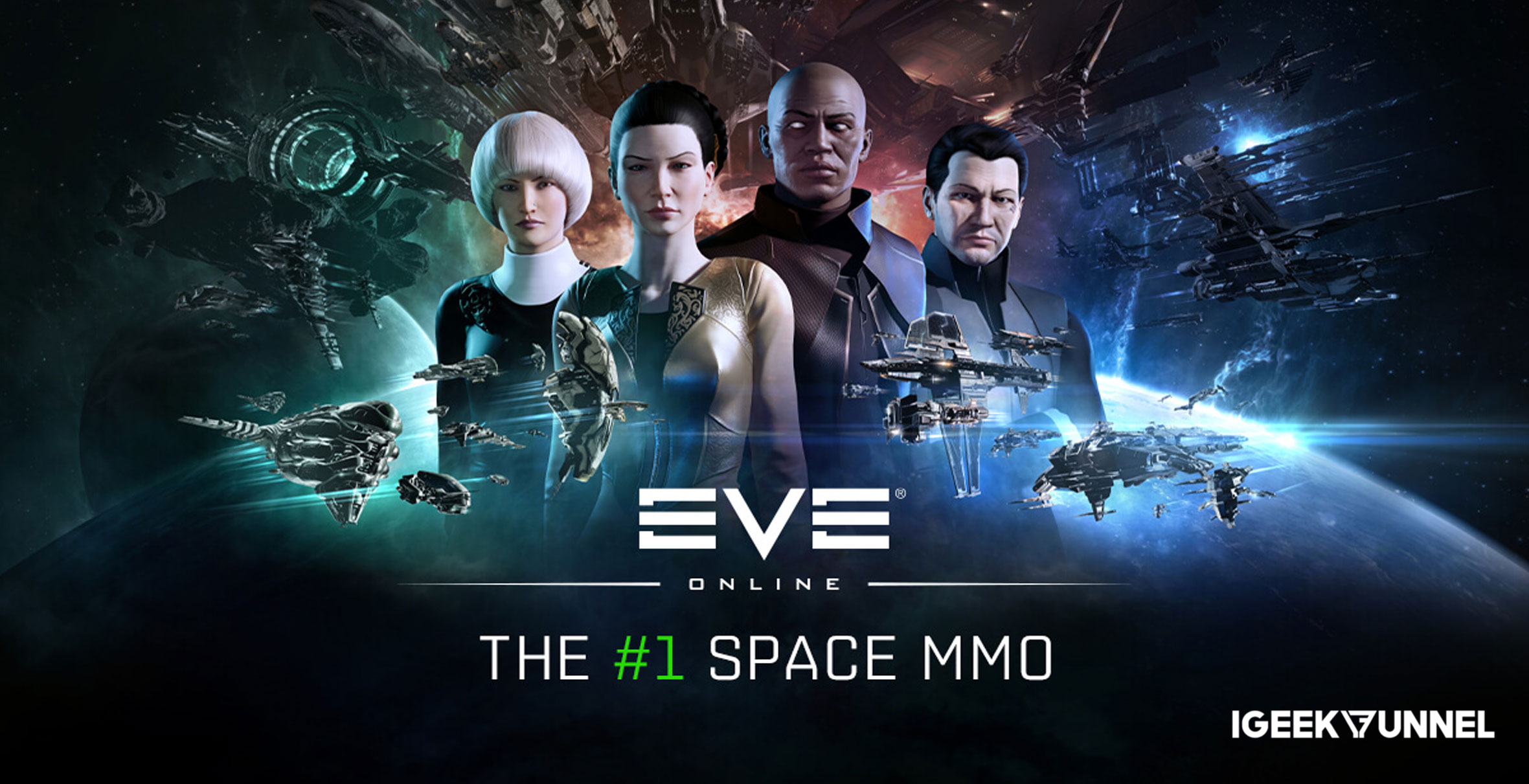 The buzz about this game is both positive and negative. The two sides are of the following views; either that EVE Online is a fantastic space-odyssey game or that it is only suitable for a space-themed wallpaper. The latter view doesn’t consider the fact that a lot of this game is what you make of it. It is an incredible game with unique virtual galaxies and a wide variety of roles and activities to revel in. You may find the universe to be largely empty.

But all the excitement lies in the extensive space shuttles. You would like to know that in 2014, a war broke out in the EVE universe, and gamers had to pay a whopping $300,000 in damages! All action in this game is in real-time, which makes the experience very realistic but also a tad slow because players might have to wait a long time before they get their much-wanted kill. 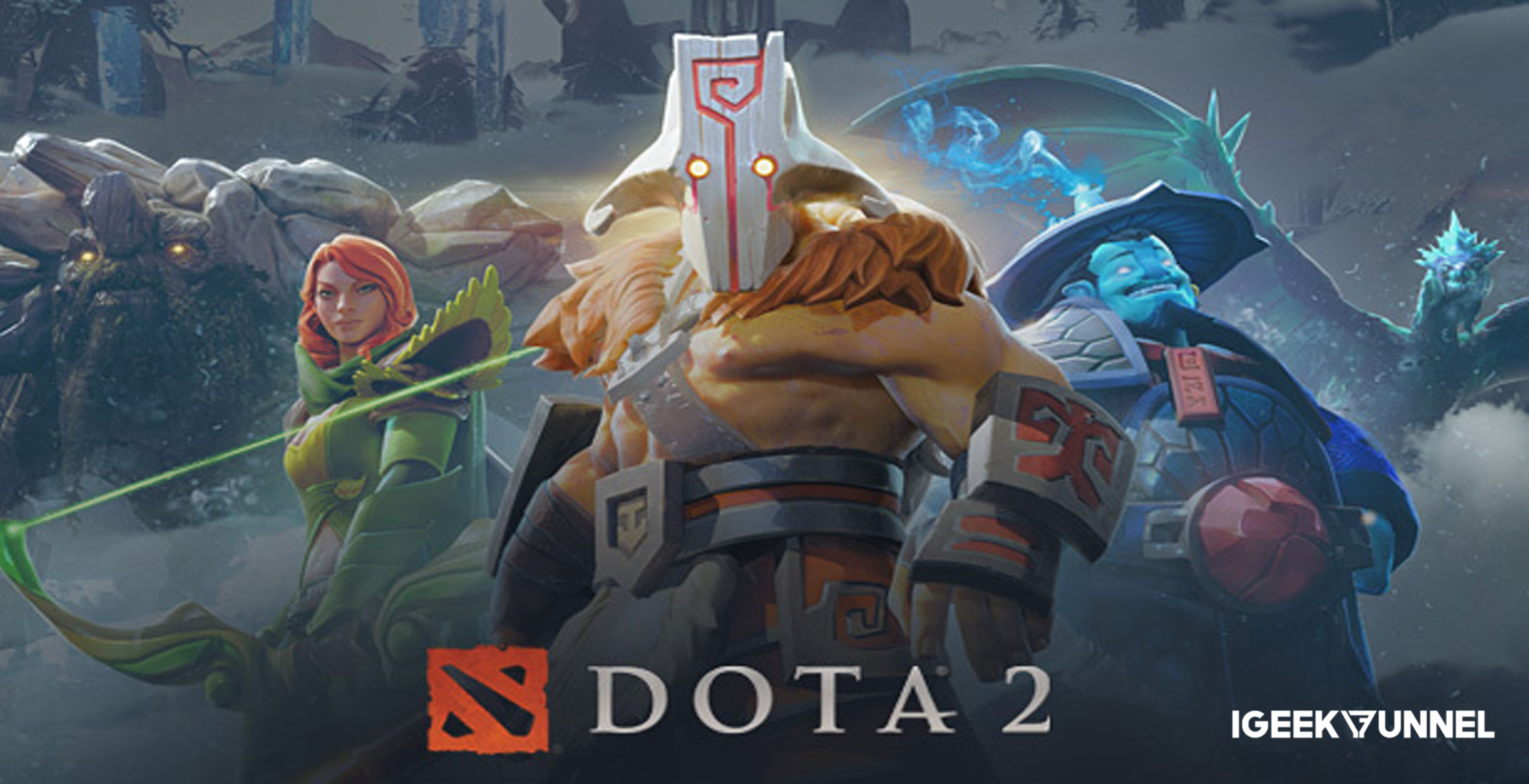 As an advancement of Defence Of The Ancients, this MOBA is infamous for being extremely hard to learn for beginners. This game is similar to League Of Legends, but the way its mechanics work is very complex. But the intimidating learning curve doesn’t hinder the players from decrypting this game. Your aim in the game is to destroy the enemies while defending a large structure.

Another significant aspect of this daunting massively multiplayer online role-playing game is its freshness with each gameplay. There is always something to discover and to learn. Developing strategies is tough as they have to be very well thought-out and deep. The game is very unique and different from other MMORPGs because there is no particular way to approach it and no set game theory.

It is widely popular in the esports arena, and you can participate in leagues and tournaments. The game is available free of cost. Despite titles like League of Legends and World Of Warcraft dominating this space, DOTA 2 remains an intriguing game that you will enjoy playing and exploring. 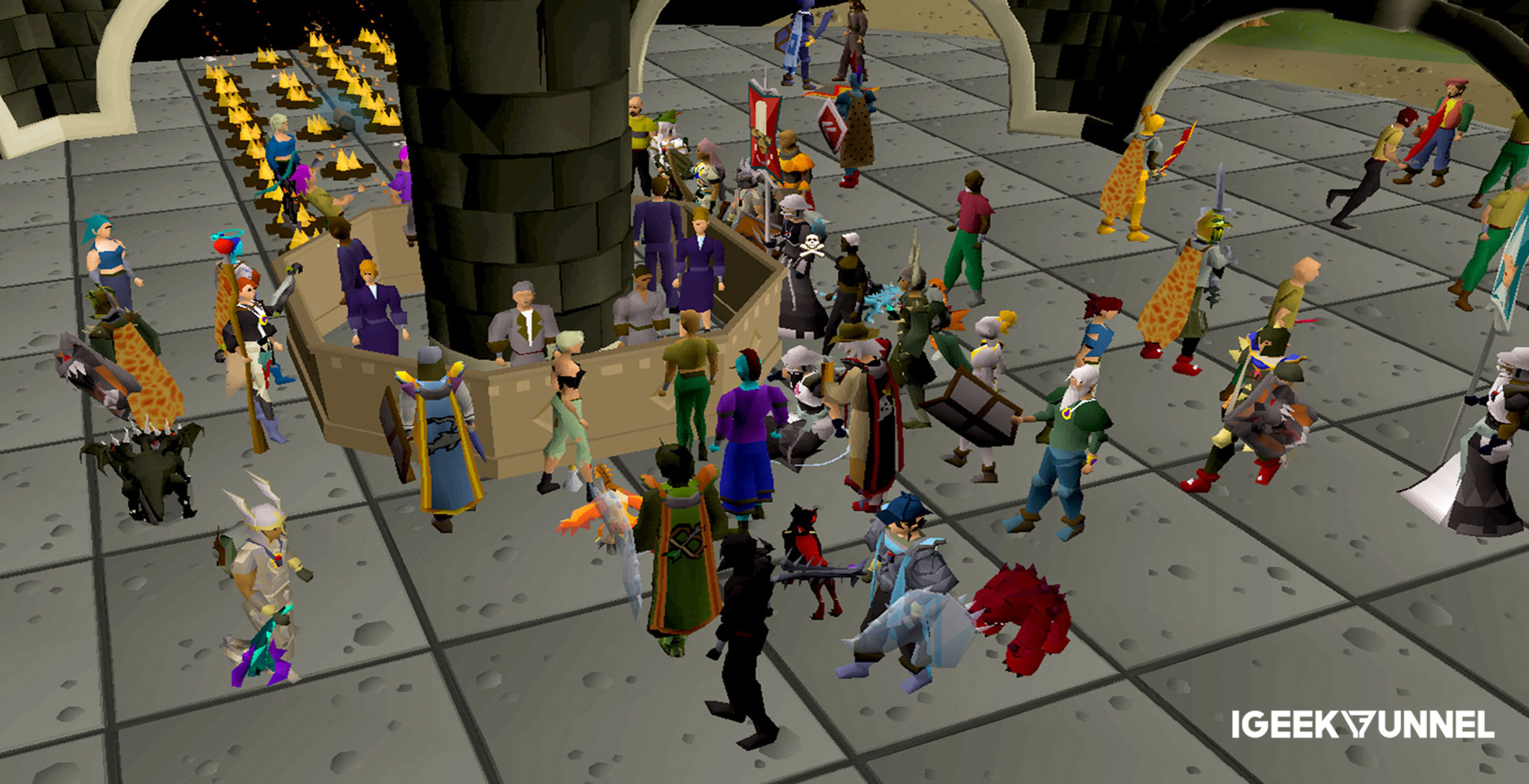 Among MMORPGs for Mac, Runescape is one of the best old-school MMO titles to play. It is often at the butt of trolls because of its graphics, but that doesn’t take anything away from the game’s fun. Developed by Jagex Game Studios, it is one of the longest-running games, which is set in a fantastical, mythical realm.

You can choose your own adventures, and owing to the classless skill system, the possibilities for character development are endless. The world of Gielinor is always fascinating because there is no hard and fast way to play the game. You can control all aspects of your playstyle, which makes getting bored of this game nearly impossible.

The world of Gielinor has numerous kingdoms, regions, and cities with many quests to discover. Of course, one of the reasons that this game is lower on the list of the best MMORPGs for Mac you can play in 2022 is because of its poor graphics. Don’t expect miracles in that department, but it’s a great experience nonetheless. 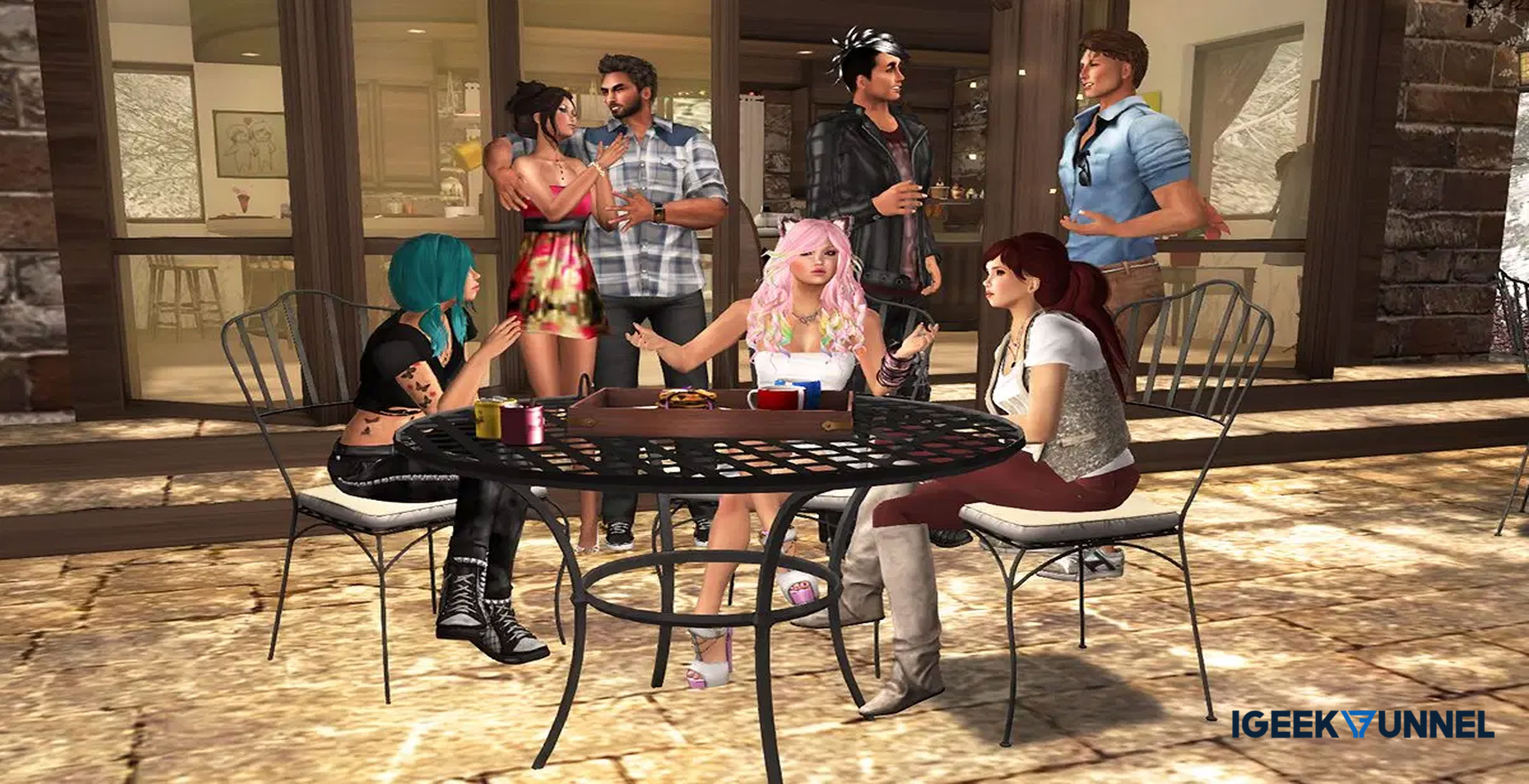 The game is as interesting as the name itself. This massively multiplayer online role-playing game is more than just a game. It is a virtual social platform. ‘Playing’ is a part of the many activities you can do on the platform. You can fulfill all your fantasies through this game while giving you unique features like voice and text chat.

One of the reasons why this is not a game per se is because there are no quests, achievements, or leveling up. Instead, it is what the gamers have made of it. This MMORPG has been around since 2003, but you are sure always to have something new to discover.

This is a free game with a chance to earn real-life money in your Second Life universe. This is possible because you can set up a business, connect with people from around the world, and play mini-games inside the game.

Even though Windows is a more popular OS for gaming and there are a few games that aren’t available for Mac (although that is fast-changing), Apple users need not be disheartened. There are plenty of games available for Mac that are worth trying. First, you can check whether your Mac model supports the MMORPG you choose and then get started. This list is your guide to entering the exciting world of the 10 best MMORPGs for Mac you can play.

It doesn’t matter if you are a pro or a novice; all these games except for DOTA 2 aren’t very hard to learn.

You may want to take a peek at: