No. You do not have Alzheimer’s.

I know you googled ‘I keep forgetting things, which disease is it a symptom of?’ and it did list Alzheimer’s at the top of the search results. But self-diagnosis is not accurate, and Dr. Google is not a real doctor.

Your paranoia around the fact that you keep forgetting things has more to do with you lacking a phenomenal device that is precisely for solving your issue and less with dementia or memory loss, as you have mistakenly presumed.

This exceptional invention called an ‘AirTag’ is what you need. Though compact in size, it actually lives up to a big name.

Why Need Alternatives to Apple AirTags?

Apple’s a massive name in the gadget and their accessories world. They are the first users of AirTags that blew up its popularity.

Undoubtedly, Apple AirTags are the best. However, incorporation of everything top-notch is unlikely even for Apple.

Therefore, new AirTag Alternatives have gained widespread recognition and have earned a special place in their users’ hearts. Some of the features of these newbie companies’ manufactured AirTags are on par with Apple’s.

The Best Apple AirTag Alternatives You Can Buy

Although these are ‘alternatives,’ do not underestimate them. They are competitive and have proven to beat many of the Apple AirTags’.

One thing that differs other than the fundamental attributes is the price. You can buy the AirTag Alternatives having varying prices; some more than Apple’s Air Tags and some less. It all depends on the contrasting features of Apple.

Present below is a compilation of the 10 Best Apple AirTag Alternatives You Can Buy. 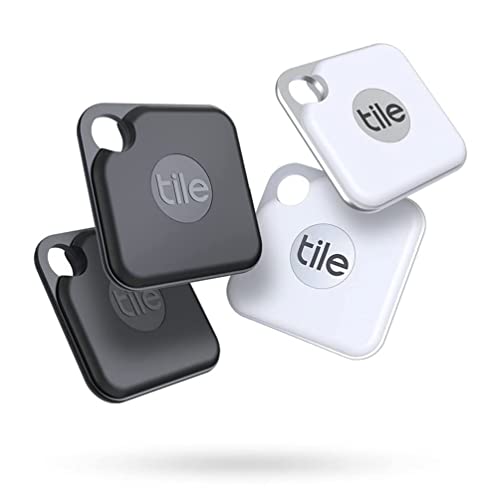 Unlike Apple AirTag’s circular shape, Tile Pro is square. So, the latter has a hole on one of its corners, while the former does not.

For Tile Pro to work, you will have to use the Tile App in combination. The companion App comes in handy when the object is farther than the primary Bluetooth range.

The range of Tile Pro exceeds that of Apple AirTag by a hundred. Apple AirTag has the capacity of operational connection for about 330 feet, and for Tile Pro, it is 400 feet.

Since the Tile Pro has a hole, for it to attach to any of your items, for example, luggage when traveling, to not misplace your bag, you will have to fasten it to the bag using a leather strap or a metal ring or anything else that binds is secure to the bag.

You can also simply drop it in the bag, but the problem with that is you will find it difficult to retrieve it because of its 2-inch × 2-inch size.

The price factor is where the big difference is. Considering the stark contrast in both the AirTags, Tile Pro is expensive than Apple’s airbag. 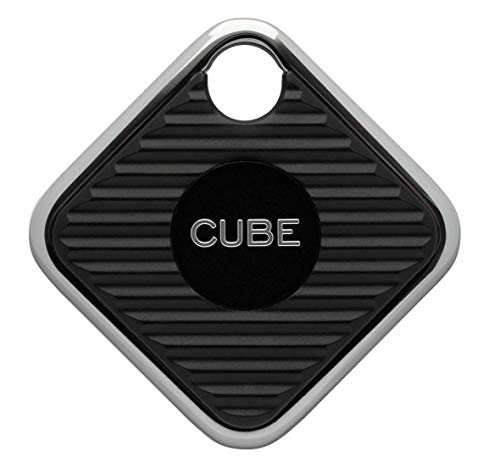 Cube Pro’s companion App is Cube Tracker. And the tracking range is 200 feet.

What makes Cube Pro distinct? The swap between acting as a Tracker and a Selfie Remote.

Had a selfie marathon and ended up with nothing but shaky faces and blurred fun? This Cube Pro acts as a ‘button’ of sorts.

Click it when you want to take a selfie, and the tracker-cum-selfie stick executes its shutter function perfectly. No more distorted pictures due to shaky hands.

It is also water-resistant. This implies that you can even take underwater pictures with your iPhones (11 and 12 versions). 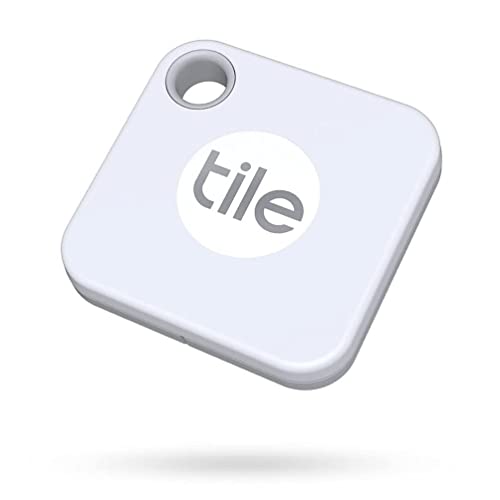 The use of a companion App is to track the tagged object when it exceeds the Bluetooth range. So, for Tile Mate, you have the Tile App, enabling you to detect objects farther than its usual range of 200 feet.

It could easily pass as a minus one version of Tile Pro AirTag. However, this oldie still has its perks.

One year of guaranteed and warrantied waterproof battery, with no replacement in between. Also, it works for both Andriod and iOS, which does put a true among the unstoppable android v/s iOS war.

Being palm-sized makes it very light and easy to carry. Although, it can easily slip out of your mind that you are holding one in your hand, and so it is better always to tag it to an object and let it function for which it was manufactured, to begin with. 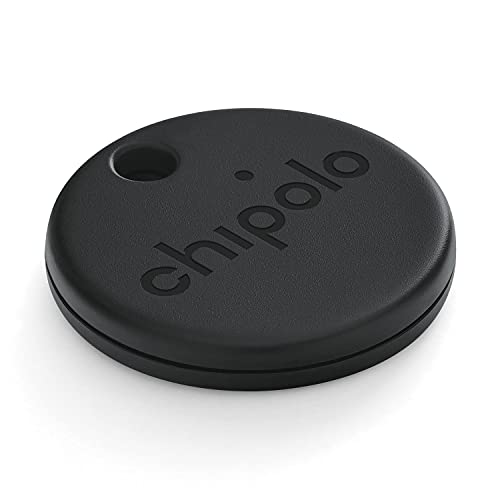 And with this one, we are back to point a, just like its circular shape. Chipolo One AirTag has been ‘tagged’ like the one with the loudest ringer.

This may even be considered girly, deeming that it comes in six different girls. But hey?! Why stereotype. To each their own.

About the ringer I mentioned earlier, let’s get to that. Almost all AirTags have an alarm alert; some by default, and others if only opted for the premium version.

So, the function of that ringer is that in instances where you have lost the object you tagged it to, all you have to do, is select the ring option from your mobile device, and the Chipolo One AirTag will ring its loudest within its range of about 200 feet.

Therefore, you can find the lost possession of yours by following the trail of sound, and you will have the AirTag-ed object right before your eyes. Pristine and preserved. 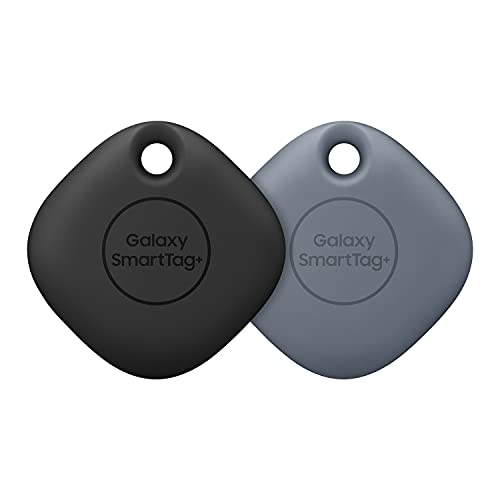 Samsung; always slightly innovative with their names. Specific to Galaxy phones, this Samsung Galaxy SmartTag has made its place known in the AirTag Alternatives world.

This is broader/thicker and even smaller than the ones we discussed above. It has a matte-smooth finish which gives it an added grip.

It has a Bluetooth range of 400 feet and has a buddy App named Galaxy Find Network if the tagged item far exceeds the Bluetooth range. It works both ways, i.e., if you have lost your Samsung Galaxy phone and have the SmartTag with you, you can use that to find your Phone.

It has two main variations of SmartTag and SmartTag+. The ‘+’ nicks the ‘not +’ by a few features. One such feature to note is that the former has BLE, while the latter has UWB. 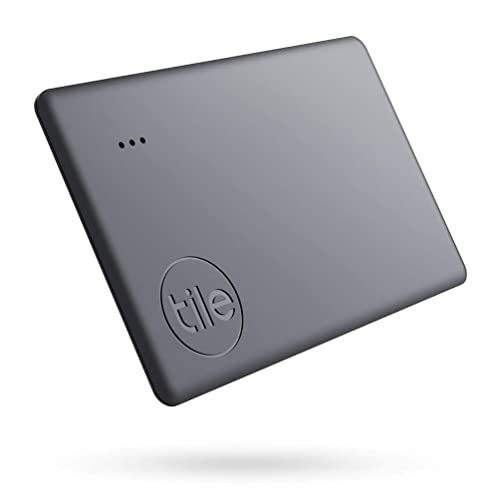 ‘Tiles’ seem to be the dominating AirTags, don’t they? Well, it is their impressive features that make my fingers itch to include in this list.

At first glance, you are sure to mistake it for business cars, but it would wise of you if you don’t. The adjectives ‘tile and slim’ have been validly used.

Recall those thin brand tags with the new t-shirts or jeans you buy; this Tile Slim AirTag closely resembles those tags in thinness, sleepiness, and dimensions.

You can easily keep it in your wallet, cardholder, jeans pocket, book margins, laptop bag, phone case, etc. There is practically no end to its uses.

You would imagine this to have a measly battery of not more than six months, given its slim structure. However, you will be pleasantly surprised to know that it has a lasting battery of a whopping three years! Not one or two, but three. That is certainly a great bargain. 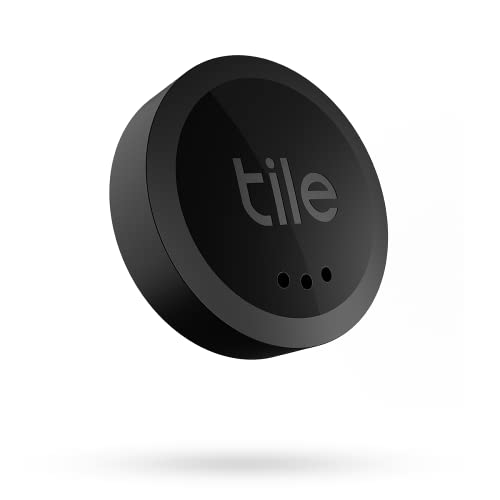 Circle, square, and holes, all done. Now is the time for an upgrade.

Here we have another Tile AirTag, the Tile Sticker. As its name suggests, it has a sticker as its tagging feature.

Instead of using straps or cases to attach it to another device or object, you will simply have to stick it onto the surface of the device or object. This is perfect for flat surfaces and smooth surfaces as it adheres better to them than unruly or rugged platforms.

It has a Bluetooth range of 150 feet, beyond which you will need the Tile App to substitute the ‘lost and found section.’

It is coin-sized and light to carry and does not add any weight to its fastened object. This is sure to lift your mood from the disappointment of not carrying all the clothes you wanted to take with you on vacation.

This AirTag that is heavier on the pocket is only for T-Mobile Customers since its mapping and area location depends on T-Mobile App. It covers the entire world as its range and not only a few feet; hence it being expensive is justified.

A hassling yet eye-catching feature of it is, it requires charging. Power it up to complete, and it is sure to manage your article not to get lost for about 7-10 days, after which it will need to be recharged just like your phone and laptop.

Though available to T-Mobile users, they have to pay a monthly deductible amount to benefit from all of its characteristics. The money is worth paying if you can reap all the rewards.

Since it has been recently launched, T-Mobile is working on its compatibility with other companies to cover a wide range of customers and give them an exceptional experience of using T-Mobile SyncUp AirTag.

Nostalgia hits hard when you take a look at this. 90s kids are sure to remember the striking similarity with those, now extinct, tape recorders.

Rechargeable and long-lasting. Charge once to full, and relax for the next couple of days; when not regularly used, the battery lasts longer.

Its mode of attaching is magnetic. Any metal surface and the Tracki GPS Tracker will hold to it for eternity.

Fits perfectly into your jeans, just like a cigarette pack. No struggle in sliding in and out.

It also has a provision for SIM card, connects to any detectable open network around to it. As it has a SIM Card, it can send you SMS, alerts, or any other types of notifications if your object of protection is in danger.

The perfect bodyguard, but with one drawback, it is helpless against water. Although Alexa will have a good time with it because of their compatibility. It needs an accessory pack as its swimming tube, and it will be healthy and hearty.

With a radius of 100 feet, you can hear it even on silent mode, an exception when it is compared to other AirTag, and even Apple’s.

Tiny but explosive in showing off its traits. It is compact powder-shaped with a loop instead of the hinge, through which the object’s strap or handle is passed for securing.

It works in partnership with the TrackR App when Bluetooth fails to cover an extended area. This App needs to be continuously working in the background to maintain the surveillance of the chained item.

You only need to register the object in preservation once. The next time you want to track it, it will automatically reconnect with its old friend.

Originals are originals. There is no doubt about that.

However, it is airtag alternatives and exceptions that breakthrough stereotypes and give way to a better and more advanced world, with even more options, each having distinct quality unique to itself.