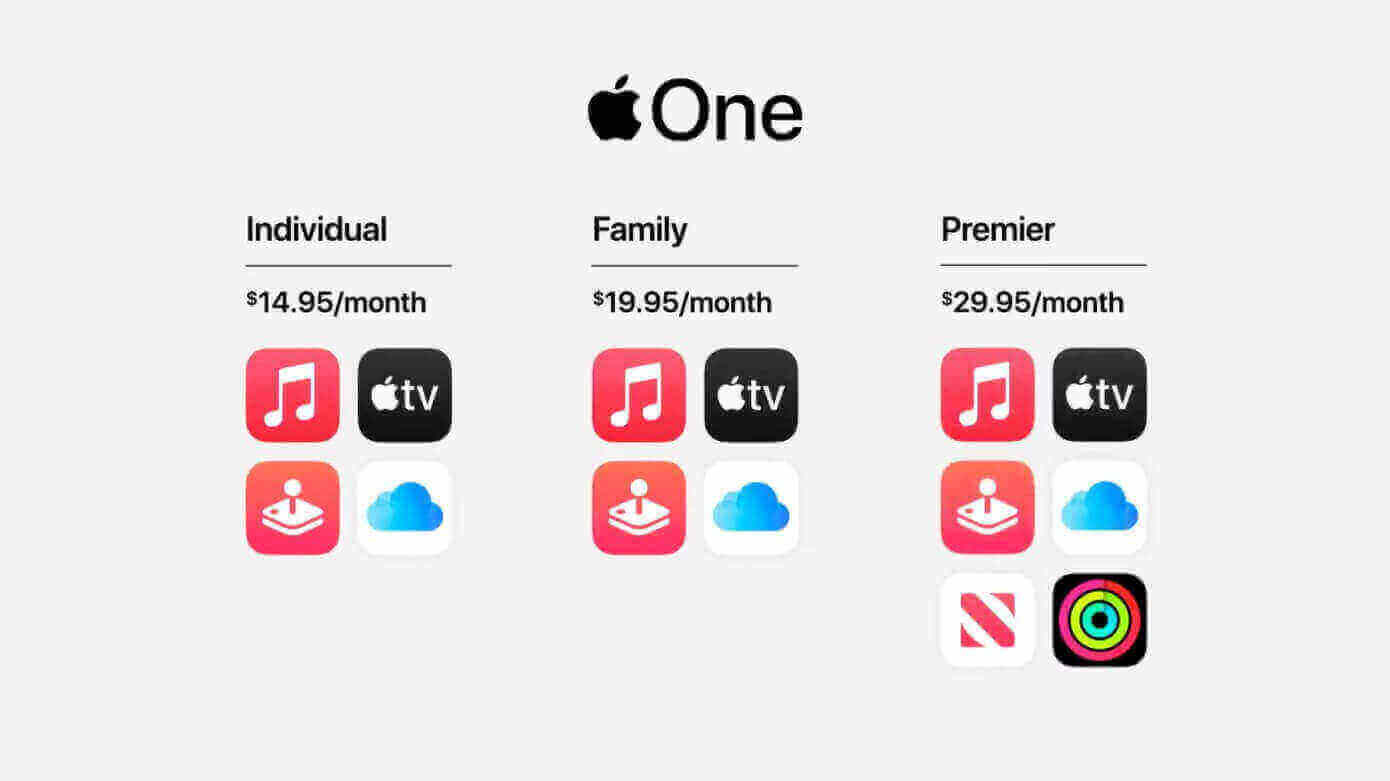 In September 2020, while the Time Flies event, Apple announced the Apple One. It’s a services bundle where an Apple user can combine all Apple services at a reduced price. Moreover, the chosen Apple services will be divided into three bundles tiers. And, you have to pay a single monthly payment for all these Apple services.

Apple One: Everything You Should Know about it

However, it is a great approach to remove the irritation of repeating the same task to pay for different Apple services. Still, we aren’t enough sure about the stability of this new Apple product. Also, your mind might be started questioning queries to yourself. For example, when Apple One will be available to you? What is the pricing structure of it? And, how much money we can save with this new Apple product? So I compiled this list with all the features, bundled services, and pricing of the Apple One. Also, I will try to answer all questions one by one through this post.

So let’s get started.

What is Apple One?

Further, Apple One is a great choice for people who want all the Apple services in one place. Apple One is available in three tiers- Individual, Family, and Premier. The services will include being Apple Music, TV+, Apple Arcade, iCloud, Apple News, and Apple Fitness+. Alongside this, you’ll also get access to iCloud storage.

Apple One comes with three different tiers for a particular targeted audience. They all are named as Individual, Family, Premier. Later, in the pricing section, we’ll talk about all the details of these tiers.

When Apple One will be available?

In the September event, Apple executives didn’t give an exact release date of Apple One. But according to some major publications’ reports, Tim Cook (CEO of Apple) mentioned few words for the services bundle. According to Tim Cook’s statement, Apple One will be launched on the Friday of Oct. 30.

And well he was saying the truth.

Moreover, you can also check a tweet by Mark Gurman. Mark Gurman has been uncovering the Apple and tech news for decades. And according to him, Apple CFO Luca Maestri told @emilychangtv on October 30 that Apple One is launching tomorrow. On the other, he also told us that hand Fitness+ is launching this quarter.

Further, UK, US, Canada, and Australia are the first ones to get the Premier version of it. Meanwhile, Individual and Family plans are now available in over 100 countries and regions alongside the UK and US.

How does Apple One work?

Like we already know Apple One works as a bundle subscription such as Amazon Prime. So users can subscribe to an entire package loaded with particular Apple services. Also, users are allowed to access these services on any supported device.

Moreover, you have to pay a monthly subscription price according to the services or tiers you choose. The only difference will be a reduced price in between buying a separate Apple app and buying apps bundled with Apple One.

Alongside the Apple devices, you can access some of the Apple services on non-Apple devices too. For example, you can run Apple Music on Android and Apple TV+ subscriptions on smart TVs.

However, there are not enough details about the Apple One on the internet. Yet you can try these settings to sign up for it as a new user. But make sure that your Apple device has an updated iOS version. For an iPhone it’s iOS 14, for an iPad it’s iPadOS 14, and for a Mac, it should be the macOS Big Sur.

To update your Apple device or check the software version, you can visit Settings > General > Software Update. If you’ll see a software update, please update it gradually. If it’s already updated skip this step to follow the next.

After the update process, you can follow the below settings in Apple devices such as iPhone, iPad, or iPod touch.

Note:- You’ll get a pro-rated refund if you already got an Apple subscription for a particular service. The refund you’ll receive will depend on the remaining day counts.

Also, Apple found a solution for users who’re using multiple Apple’s ids to buy subscriptions or to use iCloud storage. Chris Espinosa from Apple mentioned in a tweet that Apple has a managing system to handle dual Apple id’s through a single Apple One bundle. For more details, you can visit the official page of the Apple support document.

Apple One comes with 3 pricing tiers as I mentioned before. Now, you’ll know how much each plan costs you? And, how many bucks you’ll save if you choose Apple One. So let’s talk about all the plans one by one.

Like its name, it’s the best plan for individuals. People who don’t need bigger storage and use general Apple services. In this plan, you’ll get 4 Apple services:- Music, Apple TV+, Apple Arcade, and the 50GB of iCloud storage.

Here’re the pricing details of all 4 Apple services:-

Check out the plan details on Apple One’s official page by clicking here.

If you want to share your Apple services with your friends and family, you can choose this plan. This plan allows you to add up to six members to your subscription id. Moreover, you’ll get Apple Music, Apple TV+, and Apple Arcade. Plus, you’ll also get iCloud storage of 200GB in this pricing tier.

Here is a screenshot of all three pricing tiers:

Now, we’ll talk about these three pricing tiers one by one.

Here’re the pricing details of the Apple services you’ll get in the Family tier:-

This plan is the superior one of all these three pricing tiers. You’ll get all the Apple services you got in the previous Apple One’s tiers. Also, you can access the newly introduced Apple Fitness+ service. Moreover, you’ll get Apple News+ magazine and newspaper service in this plan. And the iCloud storage of this plan will be raised to 2TB/month. Moreover, you can share these Apple services with up to 6 people.

However, you’ll see a few drawbacks in the Premier tier which might affect you. For example, at the time of launching Apple News Plus and Apple Fitness Plus won’t available in every country. You’ll see these two apps only if you’re living in the US, the UK, Australia, and Canada.

Here are the services you’ll get with the Premier pricing tier:-

Which operating system do I need for Apple One?

As a Subscriber, How I can access the Apple One services?

After buying the subscription, you can access Apple One services from all the available platforms. This includes web, smart TVs with a selected range, Android as well as some third party streaming devices.

Can I share Apple One services with my family?

I need more iCloud storage, What should I do?

You’ll get a certain amount of iCloud storage with each plan such as 50GB, 200GB, and 2TB. It depends on what plan you have chosen. Although, you can upgrade your iCloud storage separately by paying an extra amount according to your country. To know how to upgrade iCloud storage in the iPhone, iPad, and iMac, you can click here.

Conclusion: Would you save money with an Apple One subscription?

After the launch of Apple One, Apple users and geeks just bombarded the internet with this same question. Honestly, it’s a vague question to answer and depends on multiple factors. For example, how many services you’re already using now? Or how many or what kind of services you will subscribe to? Now, if you’ll only use one to two Apple services then Apple One would be expensive for you. 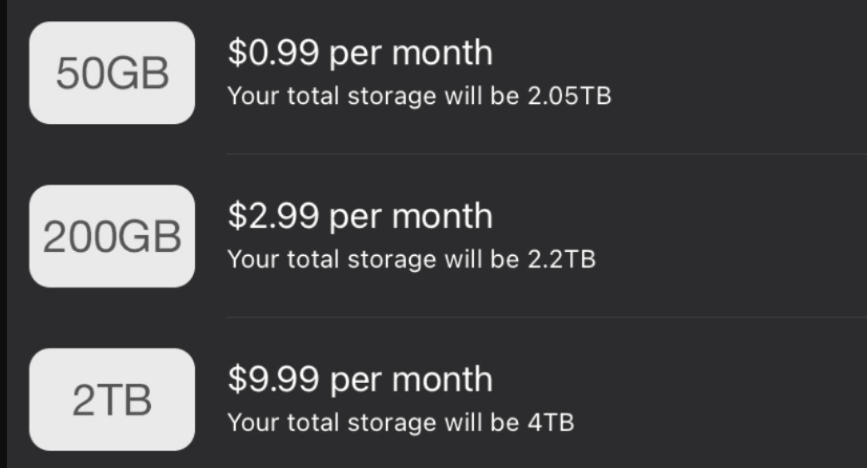 Further, Apple mentioned that if you can save up to $300 a year if you’ll use Apple One to access Apple services. You can do a simple math calculation by noticing the Pricing and Saving section of this article. And yes, you’ll save $300/ year by using Apple One.