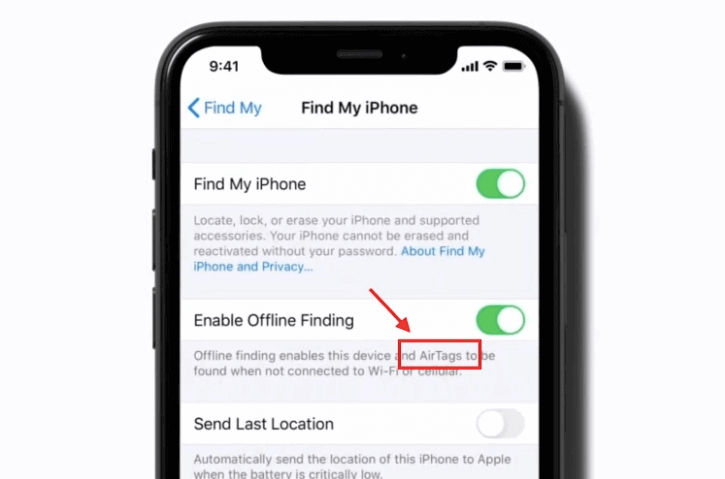 Apple’s work in progress and upcoming launches are always leaked before the actual launch, and that’s something obvious because many tech geeks track each and every step of the company’s future plans, all thanks to insider leaks and experts’ prediction.

But this time, Apple has itself leaked its upcoming product, AirTags, in a support video which has been deleted by now. Although, we were aware of Apple working on a tile-like tracking system for some months and the recent leak gives us strong hints of the forthcoming Apple product.

Apple posted a video on its Youtube support channel, title, “How to erase your iPhone” which revolves around the procedure to factory reset the iPhone through iPhone or a PC.

In this second half of the video, which is focused on erasing the data from the iPhone using a PC, Apple suggests to turn off Find my iPhone feature, and under that, there is something mentioned related to “AirTags“.

After realizing their accidental leak, Apple has taken off the video from their youtube channel. Lastly, we expect that Apple will soon launch this product with the all-new iPhone 9 which is expected to be launched soon.