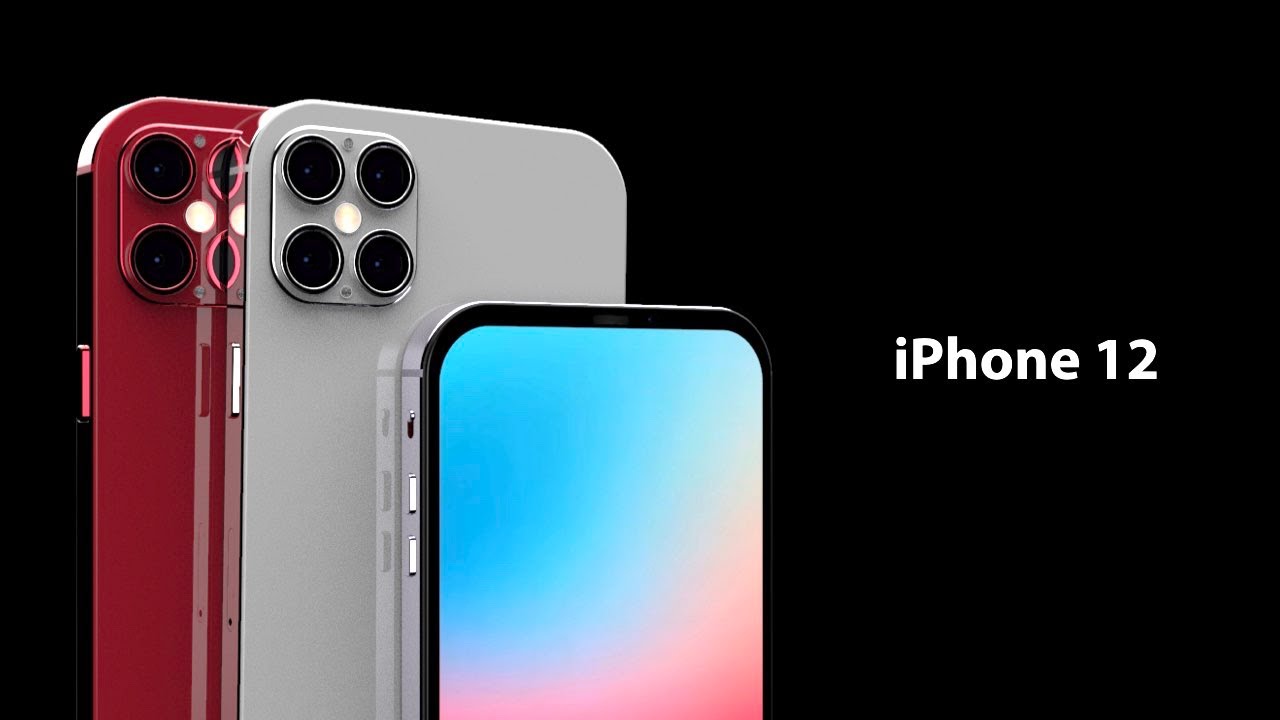 The emperor of premium phones has just made a comeback with its new phone- Apple iPhone 12. On the planet earth, having a phone with a logo of half bitten Apple is a symbol of royalty. Nearly every person here wants to buy this phone. And they were more enthusiastic about the launch of the new iPhone 12 than ever.

However, most people will just click a mirror selfie where you can clearly see Apple’s logo. Still, there are many of them who will buy an Apple iPhone for its super-smooth performance, better security. And, obviously, for the additional features, you’ll only get in an iPhone.

Compared to its predecessor, the new iPhone received a few notable modifications. And, alongside the praise, some tech publications are strongly opposing this new little member of Apple’s family. Techstorify noticed the confusion created by the internet. So, I compiled a review article on iPhone 12. In this article, we’ll discuss all the significant points and the major changes that Apple has made in the new iPhone. Also, I will try to answer the question-

will iphone 12 be a great choice for you to make a purchase and to be a part of Apple Family or you have to consider the previous version of it?

Let’s get started then. 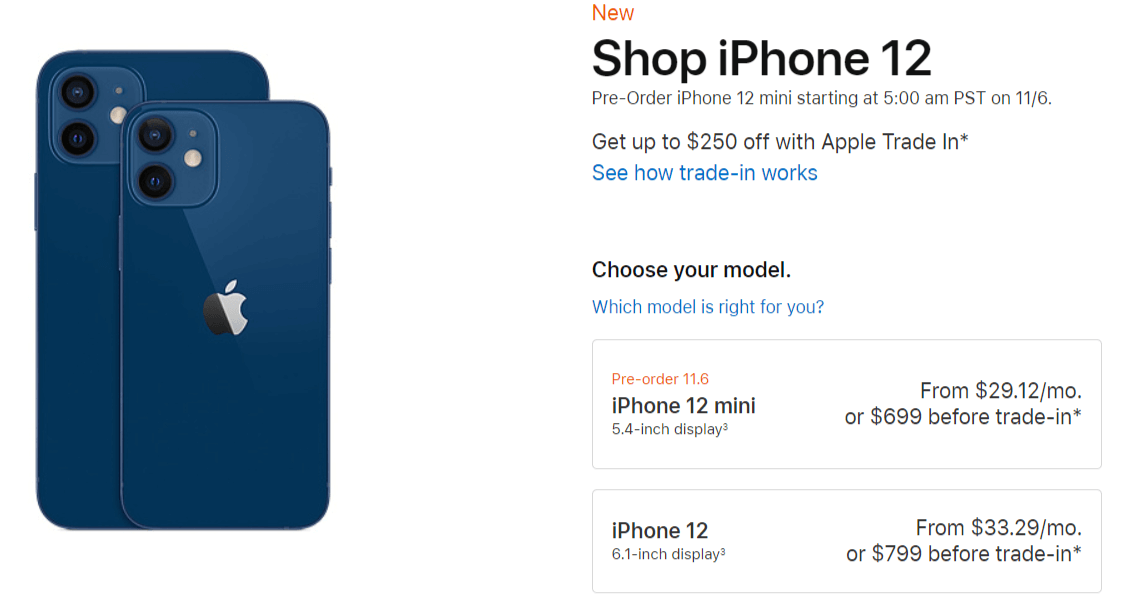 Also, you will get the iPhone 12 on different networks according to the location you’re living right now. Therefore, if you’re living in the US, you have to buy an unlocked iPhone 12 to run some of the networks. And it would cost you an extra $30. Moreover, you can check out the list of all the cellular networks from all over the world that works well with the new iPhone.

The new iPhone is looking very familiar to the iPhone 11 of 2019. However, if you look closely, you’ll find it a few millimeters shorter and thinner. And if we’ll talk about the edges, you’ll get a sharp and squaric shape angle. On the flip side, on iPhone 11 you’ll get rounded and curved shape angle sides. For some of the users, it wasn’t enough comfortable. 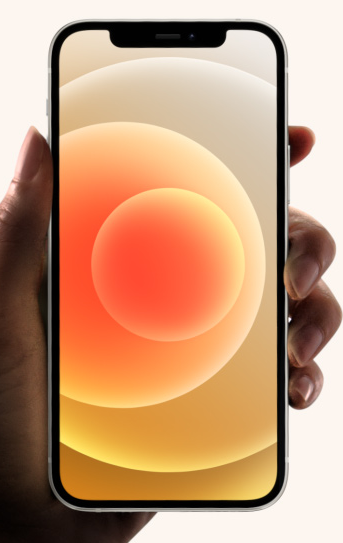 The iPhone 12 has the same glass as its predecessor. Moreover, the new iPhone has a new Ceramic Shield. And according to Apple, it’s four times stronger than before. So it is quite interesting evolvement to make it more secure, physically. However, Apple didn’t talk much about the rear. Also, in some of the drop tests on the internet, the rear glass cracked first. In short, it proved that it is four times stronger but still can be broken. So, you can consider a screen guard and case to secure it from any kind of accidental damage.

Moreover, the new iPhone also has an enhanced IP68 rating. Therefore it can bear up against water submersion up to 6 meters for up to 30 minutes. So it would work better even after receiving a day to day water damage.

Apple features a Super Retina XDR 6.1 inches display on iPhone 12. Meanwhile, iPhone 12 mini has a display screen of 5.4 inches. Also, it comes with systemwide color management that is famous for industry-leading color accuracy. Further, you’ll receive a resolution of 3.5 million pixels with an OLED display and a peak brightness of 1200 nits. Meanwhile, in iPhone 11 series, you’ll only get an OLED display in the Pro version.

The new iPhone comes with pixel resolution of 2532 x 1170. So, you won’t find any excuses to play your HDR content on Youtube or Netflix. Also, it has thinner bezels than before and more vibrant colors make the visuals pop out.

Moreover, it comes with a refresh rate of 120Hz. And, it makes the new iPhone more smooth while tapping on apps, or scrolling the browser or Instagram feed. According to some users, iPhone 12 Pro has more brightness than the new iPhone. However, you won’t feel much difference while consuming your favorite content on both devices. Also, you will find an amazing color reproduction and contrast ratio. But at the same time, some users mentioned that minor of the detail will be lost while watching it on the HDR mode.

In short, you won’t find much difference in the camera of iPhone 12. It has a wide camera, an ultra wide camera. Both of the camera are here to capture a landscape, a photo with more people or in a wider range. Although the new wide 12MP camera will be equipped with f/1.6 aperture. As a result, you can click better photos as compared to iPhone 11.

When it comes to tests, in both- low light and natural light, you’ll see a substantial improvement. Photos in natural light have more details and a balanced brightness. On the other hand, night pictures are very clear. You just have to keep your camera still while processing of exposure. You might have to keep the phone still for about 15 seconds to get a clear and brighten picture. Moreover, you won’t find much difference while clicking the pictures from both the cameras.

The new Smart HDR 3 tech automatically read the scene and make necessasery changes, accordingly. And, it actually produces great results if we talk about the sharpness, picture quality and details. Even it doesn’t make enough visible and unoriginal changes while producing photos.

Furthermore, the front-facing camera got a substantial upgrade. The aperture of f/2.2 shoots some great photos. However, it doesn’t clicks well detailed photos in night but night mode can make a difference. The portrait photos in low-light will look little grainy but you can use the front facing Retina flash to borrow little brightness. Overall it clicks good photos. Yes, not like the rear camera but still it clicks better.

The standout feature is it can record video in Dolby Vision. You can also see a preview without producing it on a HDR screen. The videos you’ll capture in iPhone 12 will be clear and with a balanced color and brightness level. However, you can only record at 30fps in 4k. Meanwhile, in iPhone 12 Pro or Pro Max, you can record a video in 60fps. As a result, clear and smoother videos than the videos recorded by iPhone.

When it comes to the battery life you’ll see some improvement and some cons at the same time. For example, when you use the iPhone 12 for high usage it’ll give you a standby time of around 16-18 hours. On the other hand, iPhone 12 has 1 hour less video playback time as compared to iPhone 11.

You’ll see a 15-20% less standby time due to addition of 5G. There is a iFixit teardown test, in which it is mentioned that to make a balanced 5G compatibility, Apple shrinked the design of the new iPhone. Also, this is one of the reason that the new iPhone has a hefty price tag.
It is also mentioned that the A14 Bionic Chipset makes it a power efficient phone. Moreover, the chip has been created by 5nm fabrication process. So Apple decreased the battery size but without doing much compromising with the battery performance.
However, if you’ll use iPhone 12 for gaming, and browsing on the web for all day long, you get a standby time if 10 hours. However, if you use it for normal use, you can get far more than that.
The new iPhone doesn’t comes with a charger. However you’ll get a USB-C to Lightning, but you have to buy a new charger to use it properly. And, it’ll costs you around $19 / £19 / AU$29.
Moreover, you can get a battery percentage of 28% after charging it for 20 mins. Somehow you can consider it an okay performance but as a ratio of performance and standby time, the new iPhone seems better.

There are two features that really standout in new iPhone 12. However, most of the users are not talking about them excitingly. Still, it’s our duty to introduce you with all these features. So if you’ll know what to expect in the product you’re going to buy.

The first standout feature you’ll find out in iPhone 12 is 5G compatibility. It will allow you to browse internet, download and stream HD content at a very fast speed. Although, it comes with a limited range, mmW (millimeter wave) which is standard in US. Also, 5G is not available in all the countries for right now. If it have, it doesn’t have a complete coverage.

Moreover, 5G will costs you more than the 4G. And, for most of the people, 5G is not a necessity. I mean yes, 5G is faster than 4G but we don’t have much issues with 4G yet.

Meanwhile 5G seems not much exciting for most of the users. But here is the MagSafe, which could make a difference.

MagSafe is basically a magnetic technology that Apple use in Macbook to connect the power adapter. In an iPhone’s back, there will be some magnets that are arranged in a circle under the rear case of the iPhone. And using them, you’ll be able to enable some particular new accessories just by clicking the back of the iPhone  headsets. These accessories could be a game controller, battery pack, or even a speaker. Also, you’ll get a MagSafe charger from Apple. And you can use this to enable 15W fast wireless charging which is 2x powerful than an iPhone 11.
More talk about the iPhone new upgrades, it doesn’t have a charging block and EarPods anymore. Apple mentioned that there are some environmental benefits that we’ll will get by reducing the things that aren’t our necessities.

“As part of our efforts to reach our environmental goals, iPhone 12 and iPhone 12 mini do not include a power adapter or EarPods. Please use your current Apple power adapter and headphones or purchase these accessories separately.”

What’s in the Box

The new Apple iPhone will come with a Lightning to USB-C cable. Due to their environmental goals, iPhone 12 mini and iPhone 12 both will not come with a power adapter or Earpods. However, a USB‑C to Lightning cable supports fast charging. Also, you can use it with USB-C power adapters and computer ports.

Also, if you want to purchase an Apple power adapters or headphones, you can definitely purchase them from the Apple store.

As you have noticed there are not enough changes to see in the new iPhone 12. Although, it has the 5G connectivity and MagSafe support alongside few design and camera enhancements. Meanwhile it has a better display quality than before. Still, these are not the upgrades that makes the users go crazy about it.

As a result, you can buy an iPhone if you want to watch movies, 5G connectivity, squarical shape edges, and want to try something new from Apple. However, don’t go for it if you want a big battery life, a better camera quality. These are the feature you can get a little better in iPhone 12 Pro.

So that’s the review of iPhone new phone. Hope this post will help you to know little more about this Apple new product. Let’s know in the comments, if you’re going to buy the new iPhone or not? or which version you would like to purchase. Also don’t forget to share this with your friend who simply loves the Apple products.

Later you can read: