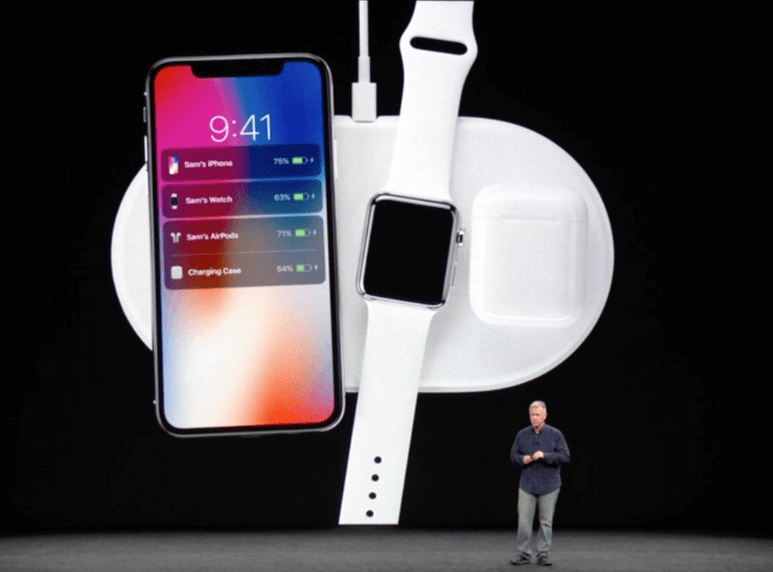 Apple Airpower is a wireless charging mat developed by Apple. The company had an intention to make it capable of charging multiple devices, simultaneously.

Apple announced the Airpower first time on September 12, 2017, alongside the iPhone 8 and iPhone X. Still, it gets cancelled 2 times and disheartened the people who were eagerly waiting for this new concept of Apple.

Although igeekfunnel gathered information about the renovation of Airpower from some trusted resources.

But what exactly an Airpower is, what it can do, what’s the cost and when it will release? In this comprehensive igeekfunnel post we’ll talk about all the essential aspects of Apple Airpower.

After announcing the Airpower for the first time, Apple was planning to release it in early 2018.

Although AirPower failed to materialize, and lead to wide speculation over the product’s future. After that Apple announced the cancellation of its release on March 29, 2019.

In early 2019, Pocket clint reported to spot it again on Apple’s web server. And the AirPods 2 box they received mentions AirPower by name. Also, they saw a diagram of AirPower on the back of another version of the box. And, they believe it could be pre-version of Airpower.

We can also presume that it had gone into production. On Jan 12, 2019, another trustable resource – ChargerLAB mentioned in their tweet that they spoke to someone in the Apple supply chain late last year. And, who said that the production of AirPower had started.

Now heads back to the release date. According to the founder of “Front Tech Page” Jon Prosser, Apple is currently trying to prototype the new version of the gadget. Jon also tweet a post on 10 April 2020.

In this post, he revealed a leaked image of Airpower with a codename “C68.” Besides, he mentioned- while working from home, Apple’s sharing and proximity team are receiving prototype units for C68.

The image he posted is much blurry and got retweets with some question marks on that reveal.

Jon Prosser also revealed the concept of Airpower. And, in this post, he shared the price of Airpower, an A11 chip to manage the heat and the expected release date of Airpower. He said that prototyping is on the way and Apple just can’t release the product with no compatibility of Apple watch.

Hence according to Jon’s tweet- release date would be late 2020/early 2021. In short, we can presume the announcement about Airpower at Apple event in September 2020.

2. What Happened to its First Version

There is not a long list of problems Apple is facing to make some improvements in the Airpower’s first version. Although sometimes one problem can be enough to change/postpone your plans. According to igeekfunnel, there could be two major problems Airpower is facing right now:-

On March 29, 2019, Apple emailed Techcrunch and where Dan Riccio– senior vice president of hardware engineering Apple said that the product was much below than the Apple’s standards.

“After much effort, we’ve concluded AirPower will not achieve our high standards and we have cancelled the project,” Riccio said. “We apologize to those customers who were looking forward to this launch. We continue to believe that the future is wireless and are committed to push the wireless experience forward.”

Apple doesn’t make announcements of cancellation of a product near its release date. But as rumors of discontinuation of Airpower had already started spreading all around.

So it was a wise move to conceal the discontinuity of a product to close all the rumors. Also to not gives false hope to their customers about the product.

Besides the above tweets, Jon Prossor also made a tweet where he told that the Apple Watch uses a tweaked proprietary charging method, it requires more energy to charge.

And it could be dangerous for its users because of its overheating issues. It could overheat, melt, or catch fire in worst cases. (No joking) We can also say Airpower release date postponed because of the Apple watch.

What I’ve heard, third-hand but from multiple little birdies, is that AirPower really is well and truly fucked. Something about the multi-coil design getting too hot — way too hot. There are engineers who looked at AirPower’s design and said it could never work, thermally, and now those same engineers have that “told you so” smug look on their faces. Last year Apple was apparently swayed by arguments that they could figure out a way to make it not get hot. They were, clearly, wrong. I think they’ve either had to go completely back to the drawing board and start over with an entirely different design, or they’ve decided to give up and they just don’t want to say so.

On September 16, 2018, Sonny Dickson, best known for its finding skills and concealing details about pre-production iPhone and other devices from the Chinese supply chain. He posted kind of the same thing as John Gruber told about AirPower:

Currently the device produces far too much heat, which causes performance setbacks, and can affect the ability of the devices to charge if they become too warm in the process. It also affects the ability of Apple’s custom charging chip, which runs a stripped down version of iOS, to function as intended. The mechanism being used for multi-device charging, which we can confirm is comprised of between 21 and 24 power coils of various sizes to accommodate the three main products to be charged (AirPods equipped with a so-far-nonexistent wireless charging accessory case, iPhone, and Apple Watch), which are broken into three identical charging groups, is proving extremely difficult to build or refine, and has been resulting in a significant amount of interference up to this point, which reduces the efficiency of the charging mat, and contributes to the heat issues that engineers are facing.

You can see how people criticizing Apple Airpower and how much amount of improvements it needs. Apple creates quality products to make its user’s life simpler. We also heard a rumored that Apple had 50,000 AirPower units made at some point, but decided to cancel the launch of the product. No doubt the first version of Airpower doesn’t meet the company’s expectations and why Apple postponed the release of Airpower.
Also read: iOS 14: Release Date, Features, Compatible Devices, and Rumors

Airpower is a Qi-based charger mat so you would be able to charge an Android device with Qi-based technology using Airpower. Cult of Mac also shows in one of their tweets  Apple will feature an Apple A11 chip inside the Airpower that will help to overcome heating issues.

The Airpower charging mat comes in white color egg circular shape with a single cord on its one end. Allegedly, it’s large enough to place and charge 3 devices at the same time.

However, MySmartPrice also reported that Apple Airpower required 8-7-7 coil configuration. Because of this reason, it would be thicker than the prototype version Apple showed off back in June 2017.

In some visual concepts, you’ll see a cord that would be plugged on the top of mat yet according to Jon Prossor’s concept- C68, it’ll be on the side of the product.

It’s wireless but you’ve to plug that cord into a power socket to work it properly. There was also a rumor that Airpower would come with a USB-C cord to charge the devices fast and efficiently.

He also told that the Airpower would be available for its users for $250. Ming Chi-Kuo from BGRalso mentioned Apple would drop the Lightning connector from the iPhone12series that will succeed this year. Also, they told two ways to do this, either go all on wireless charging or drop the Lightning port and replace it with USB–C.

After everything set up, you would have to place your Apple devices on the mat e.g. iPhone, AirPods case and Apple Watch. The AirPower identifies automatically the device you’re trying to charge and supply the amount of power it needs.

Another feature of Airpower is showing the charging details of all the devices on your iPhone screen. It would show the battery percentage of a device. Also, it would show the amount of time a device will take to charge fully.

As most users already know that iPhones have a charging rate of 7.5W. On the flip side, Qi chargers support significantly more power. Although it’s not clear what charging rate/speed the iPhone 12 would get. Also, there are some phones like Galaxy S20 that support 15W wireless charging.

There could be some chances Apple might have been trying to obtain 15W or 18W charging in the AirPower. And, maybe the company is updating the new iOS to charge at those higher rates.

With this tactic, Apple can give a tough competition to its competitors. However, we can’t neglect the fact that Samsung has already announced that they’re going to release a knockoff version of AppleAirpower soon.

Apple Airpower could be an evolution for the company and its users. Almost every iPhone user was excited about this new product and was very disappointed with its cancellation. We can’t deny the fact that Apple always tries to provide products with great quality which helps its users to make their life simpler. Although the above reports and resources also gave a little hope again to see this amazing product in the future.

Is everyone curious about what’ll happen next? does Apple users will get a chance to see Airpower or will it get disappear like before? Tell us in the comments about what you think. And don’t forget to share this post with an Apple lover to give him/her a ray of hope.